By RAILA-ODINGA-REPORTS (self meida writer) | 24 days

Bombshell emerges online as the BBI secretariat reveals that he had identified 1.4 million fake signatures presented in support of the Building Bridges Initiative referendum.

This fake signatures could have emerged as MPs engaged in a push and pull on whether to amend or not the Constitution of Kenya (Amendment) Bill 2020.

Worse still, members of parliament are now confronted with the reality that the Bill before them has been altered numerous times during its three stages and therefore the one passed by the county assemblies could have been 'fake'.

The BBI process is also facing court cases, allegations of doctored documents and Bills, underhand dealings and opposition from across the political divide. 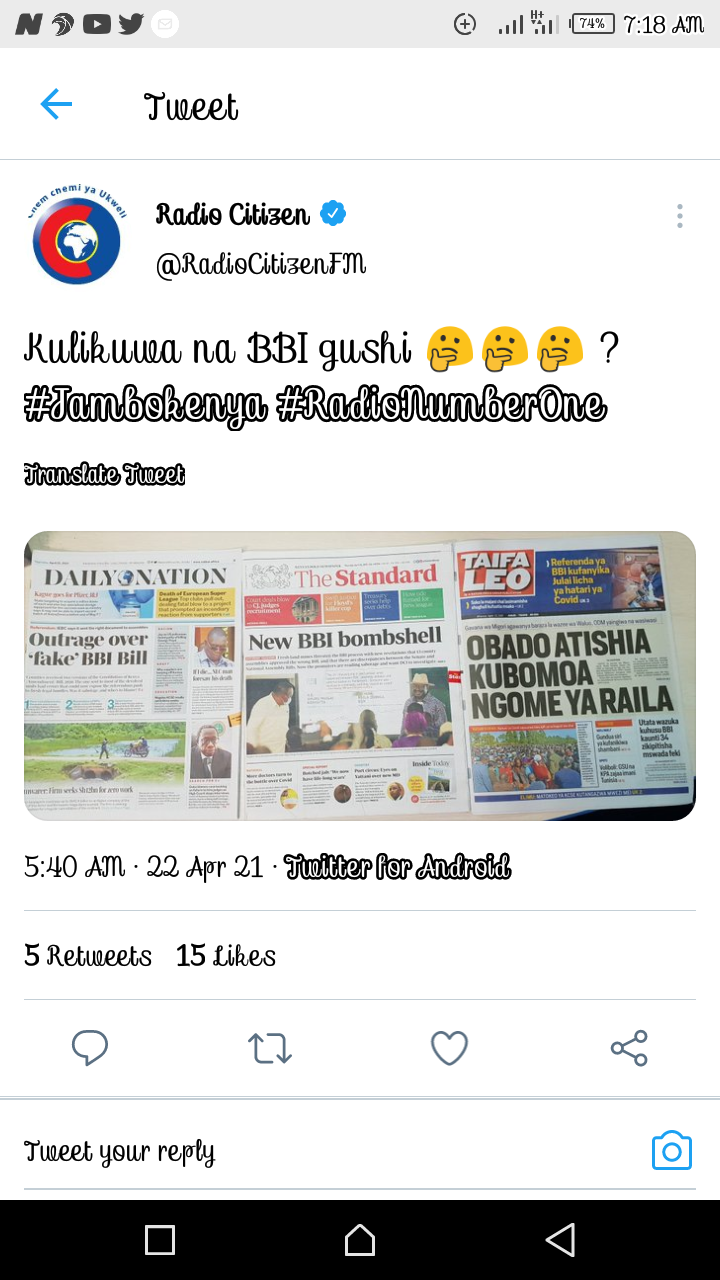 The BBI Bill passed by 13 out of the 47 county assemblies had anomalies. There are also claims that the versions of the Bill at the National Assembly and Senate have discrepancies as well.

Despite this court case and anomalies, it is still a win for the BBI team since the minimum number of signatures needed to pave way for a referendum in the country is one million.

However, the secretariat has maintained the amendment bill will be presented to the IEBC in the form it was on 25th November when it was okayed by President Uhuru Kenyatta and his handshake partner Raila Odinga.

The push for "consensus and uncontested BBI referendum" championed by DP William Ruto is now set to meet a major blow today as the BBI Secretariat has promised to forwards signatures to the IEBC for approval without any changes made.