By Petertherock (self media writer) | 4 days ago 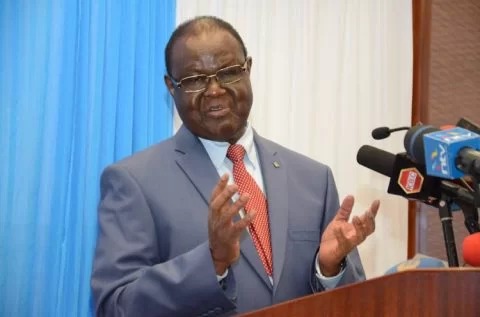 Meru Governor Kiraitu Murungi has asked Deputy President William Ruto and his UDA batallion to stop politics of arrogance while visiting the county, saying Kenyans and leaders from the region have a free choice of choosing which leaders to work or not to work with.

Speaking in Meru over the weekend, the governor lashed out at the DeputyPresident over what he terms as lack of respect for Mt Kenya people and their leadership.

”We want to be respected as Meru people. We respect others, but we also want others to respect us. Please don’t come to Meru with arrogance. We are ready to listen to you, but as a brother or a sister,” Governor Kiraitu said over the weekend.

Speaking last week at Githongo in Central Imenti, DP Ruto tore into Governor Kiraitu warning him to stop imposing ODM leader Raila Odinga on residents of the region. The DP castigated those trying to front a Raila presidency, saying in sheng that “Wanatubeba ufala!”

In a statement to newsrooms, the Mt Kenya Jubilee Parliamentary Caucus said the attacks on Kiraitu Murungi have laid bare Ruto’s utter contempt for the region.

The mischief began when the Deputy President referred to his boss and the President of the Republic of Kenya HE Uhuru Kenyatta as “tapeli”. He then viciously attacked Murang’a Senator Irungu Kang’ata, contemptuously telling him off for contributing too little before unceremoniously kicking him out of the podium. The DP then trained his guns on Nyoro. To show that his disdain is for all Mt Kenya leaders, he then aimed his textbook insults at Kiraitu,” the caucus said in a statement.

MOH: 36 People Test Postive for Covid-19, Positivity Rate is 1% and No Death Recorded

"We Believe In Dignity Of Work" Hon. Kihika Speaks As They Enjoy Cooked Corn With DP Ruto

"Tell Us Your Agenda Stop History" Kenyans Tells Off Raila