By NewsAdvocate (self media writer) | 5 days ago 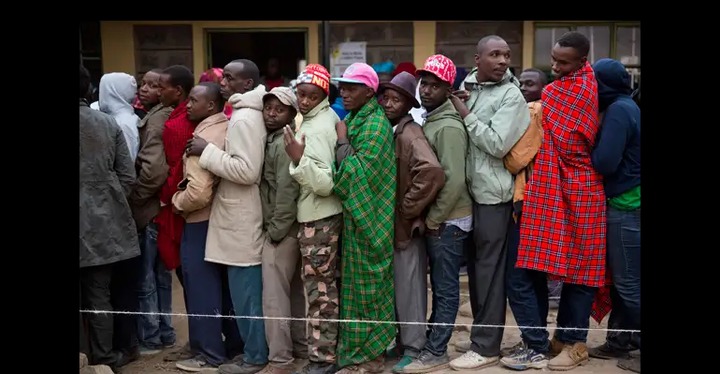 Elections in Kenya are never dull events. They are the equivalent of cat-and-dog fights, complete with an arena and an excited audience. In fact, often, as in Rome, winners are determined by who can better use sharp objects and who can transform euphoric chants into motivation. In such an environment of blood and paper, it is often hard for anything to stand out but once in a while, something sure comes up.

In 1997, Uhuru Kenyatta (Now the President of the Nation) was a thin young man with a bad taste in suit jackets and zero knowledge about why you should wear your party colors during a campaign. His mismatched suits were just beginning to feel the pressures of being a feudal prince with a dynasty to propagate. Despite his otherwise unlikable prospects, Moi, had seen something in him (dynasty!) that no one else, including the State House operatives, had not.

Moses Muihia, Uhuru’s ex-rival for the Gatundu South seat was more than just a simple parliamentary candidate, he represented the hopes and dreams of those who wanted to revoke Uhuru ’s political brand. This was a typical Kenyan election, you could kill the man’s supporters, begin a tribal war, hire the Mossad, or even simply pay off the man to quit, but why would you when several pints of blood and a river could do the trick?

1997 was a different time, there was no internet in Kenya just yet and news was still pretty much oral…read, spread by the single guy in the village who could afford the newspaper. Uhuru was a strong candidate and he had the support of the state. Working with the knowledge that Moi was running in his last elections-which he had already won even before the ballot papers were printed-his Kitchen cabinet decided to frustrate the young prince’s chances of succeeding him.o

So they hired a group of former University of Nairobi’s student leaders to make sure the young prince lost the election…on election day! Muihia was ‘kidnapped’ in a stage-managed plot that included plunging a car into River Thiririka and pouring some pints blood into the river. Then the town crier-equivalent made sure everyone knew about the ‘kidnapping’ of the Kenyatta rival. What did the voters do? Of course they voted for the guy whom they thought dead or kidnapped, a concept known in fake democracies as a ‘protest vote.’ At 2 pm the ‘victim’ appeared conveniently and told voters that he was still alive. He had already won the election. 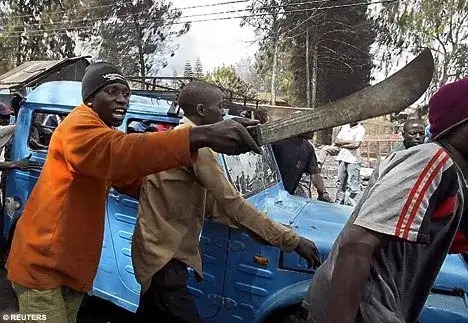 It is impossible to say many bad things about Moi. Never has one man does so much evil in less than quarter of a century. To be fair to the man, Kenya was never much of a country to begin with, just a small country with diverse groups that had to learn to share a national cake that belonged to the one percent. Other than its strange borders, Kenya had had more than a few massacres already. The national numbness was a dictator’s dream and the women wore miniskirts to church. .the good old days.

Upto 1990 at least, Moi opposed multipartyism, even going as far as having his VP at the time, Kibaki, fence sitter extraordinaire make sure ‘one-partyism’ was law; arguing that it would bring tribalism and division. When he realized that couldn’t win, he jumped onto that train-the tribalism one, although he had always been on it- like a boss, in fact he was the boss. The earliest attack in the lead up to the 1992 elections was an attack in October 1991 on members of the Luo ethnic farm in Meitei farm in South Nandi District. Over 300, 000 were displaced in the resulting attacks and counter-attacks. KANU blamed the clashes on the opposition, and the latter blamed it on the former, then everyone went back to their Muthaiga homes and laughed maniacally.

The never-released Kroll report suggests that the 1992 clashes were the work of Moi’s right hand man at the time, the ‘Total Man’- whose weak attempts at clearing his name are often hilarious.More specifically, one of the Total Man’s ‘business’ associates, a Mr. Danny Vardi. said to be the same guy behind the disappearance of key Dr. Robert Ouko murder witnesses. Vardi is thought to have been a link to the Mossad although the claim is largely unsubstantiated-but given how unsure we are about the truth in what we know, not entirely implausible. 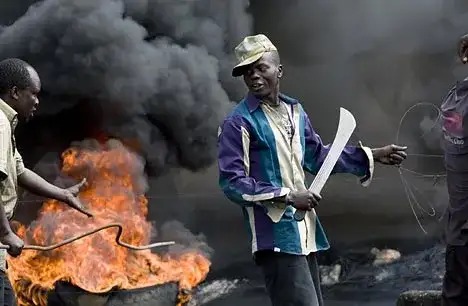 Pick any multiparty Kenya elections and someone somewhere had a militia ‘campaign’ for him or her. Tribal politics have led to ‘tribal clashes’ during elections which begun in earnest with the 1992 ethnic cleansing strategy in the Rift Valley, Baghdad Boys in Kisumu, the Kaya Bombo raiders and other militia in 1997, Mungiki in 2002 and then hit a climax in 2007. Jeshi la Mzee, Jeshi la Embakasi, Nganda Nyenze’s ‘Ndeteleka Group’ and other ‘private armies’…the list is so long that one needs to only point to a spot on the map of Kenya to locate a place where a militia exists or has been. All the ones mentioned in this previous list were at some point used to win someone an election.

The logic is pretty simple and begins years before an election. In places where a majority might not be as defined as to provide the necessary tyranny of tribe, politicians employ militia to start a war against ‘the other tribe, ’ referred to as ‘madoadoa’ as recently as 2007. Not only does a private army give you clout, but it also means you never get to lose a brawl again. You get to determine who lives and who dies, who gets raped and who doesn’t, who gets to give birth and who gets to miscarry. You are the evil overlord of your small electoral conquest, ruling from behind the shadows, conveniently away from the frontlines to not die in the counter attacks but always making sure your troops pass the message. If we didn’t know better we would think you a Supreme being.

Up until now, every militia in Kenya has been constituted on ethnic and gender lines; can’t a good militia also be an equal opportunity employer. 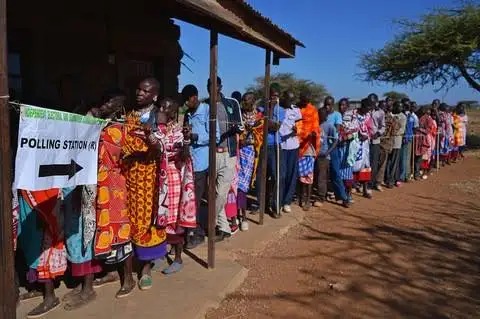 The Mlolongo voting system was a queue system where party members lined up behind the photographs of their preferred candidate. These elections were actually part of a larger plot; on February 5, 1988, Moi had announced the release of nine political prisoners followed quickly by a snap general election on March 12 that he christened the ‘big broom.’ The National Assembly had been expanded from 158 to 188 seats with 12 members appointed by the Father of the Nation, the man with the wand. Any candidate who won 70 percent of the nomination would go straight to the August House.

The idea behind this seemingly bad joke is that, ideally, the candidate with the longest queue wins the nomination and thus, the elections. It is sort of like how young boys choose opposite teams before a football match, only this were the actual elections. You can see the returning officers coming out of their stuffy offices, shielding their eyes from the sun to ‘see far’, and then declaring someone the winner right?

Like all dick-measuring contests, it turned out that length wasn’t the only thing you needed, the girth of your queue, and presumably vigor of your sychophancy, also played a part.

While Jomo Kenyatta had his failures, this entry will show that if nothing else, he was the best wingman a man could ever have. During the 1974 elections, Paul Joseph Ng’ei prevailed upon his rival, Henry Muli, to withdraw from the race. Muli later filed an election petition against Ngei’s win claiming that “…Ngei had bound Kangundo voters to back him by administering an oath.” The high court ruled that Ngei had indeed committed the electoral offence, nullified his win and disqualified him from the consequent by-election.

Jomo Kenyatta , ever the Lannister, made Njonjo and Moi come up with a solution that had to be passed by Parliament in 12 hours. Since Parliament was scheduled to go for recess, Jomo declared that the recess was conditional; they could only go if they enacted the amendment, which they did with Moi proudly declaring “I support this amendment because we know that the President is above the law…”

The result? Constitutional Amendment Act. No. 1 of 1975. This seemingly harmless amendment extended the presidential prerogative of mercy to include annulment of the result of an electoral court.

Ngei’s hold over the Man with the Fly Whisk is said to have begun at Kapenguria where he saved the man from getting beaten by his jailers several times, and even foiled Kariuki Chotara’s assassination attempt on the future president. When a man saves your life and even takes a beating for you in prison, that man owns you! He can walk into your compound anytime and eye any of your wives, and the implied Bro Code demands that you must comply. Ngei spent most of his time cashing in this blank cheque and pissing everyone off, once taking a Mercedes from a showroom and refusing to pay for.

Raila And His Allies Face Tough Moments In Isiolo

Boniface Mwangi Posts This About Lilian And Juliani