PHOTOS: Inside Mahoo Ward MCA's Burial With DP Ruto In Attendance Amid Tension 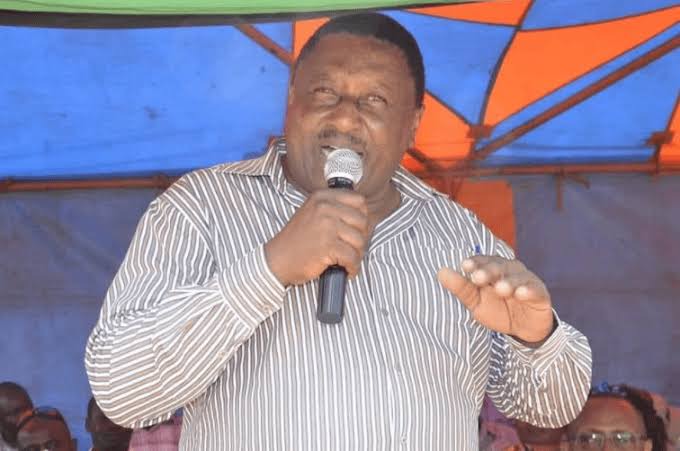 A week after the Mahoo Ward MCA, Hon Ronald Sagurani who was the leader of minority in the Taita Taveta County Assembly succumbing while on treatment at a Mombasa hospital, his body will be laid to rest today on August 24th and a funeral ceremony that'll precede that burial is currently underway at his home.

The ward representative who was a member of the ruling Jubilee Party has had his burial attract a number of notable leaders in the country with Deputy President William Ruto being among those who had travelled to Taita Taveta to bid him farewell.

We say this because at around 10:30am today, Deputy President William Ruto arrived at the home of the ward representative in Taveta West Constituency to pass his condolences to the bereaved family in person ahead of a funeral ceremony that had been clouded with a lot of uncertainty following the vandalizing of a venue that had been prepared for the ceremony. 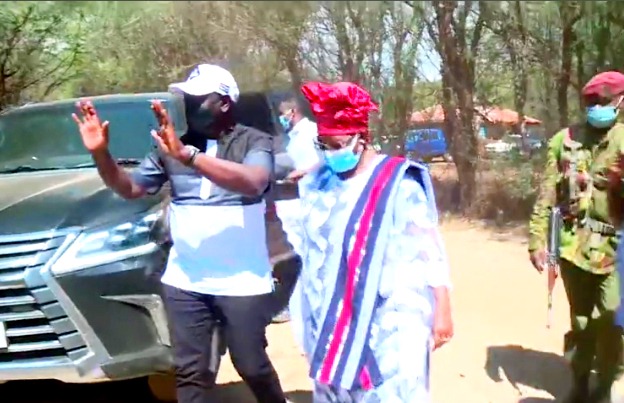 Upon alighting from his black Lexus LX 570, Deputy President William Ruto received a warm welcome from a number of residents that could afford a smile even in the deep sorrow they were engulfed and some could be heard chanting "hustler!"

He greeted the leaders that had come to receive him as they ushered him into the house for him to meet the bereaved family prior to the commencement of the ceremony.

Inside the house, a moment of deep sorrow could be seen having engulfed everyone with Hon. Sagurani's wife, children, other family members and friends wearing sad faces as captured in the photos below. 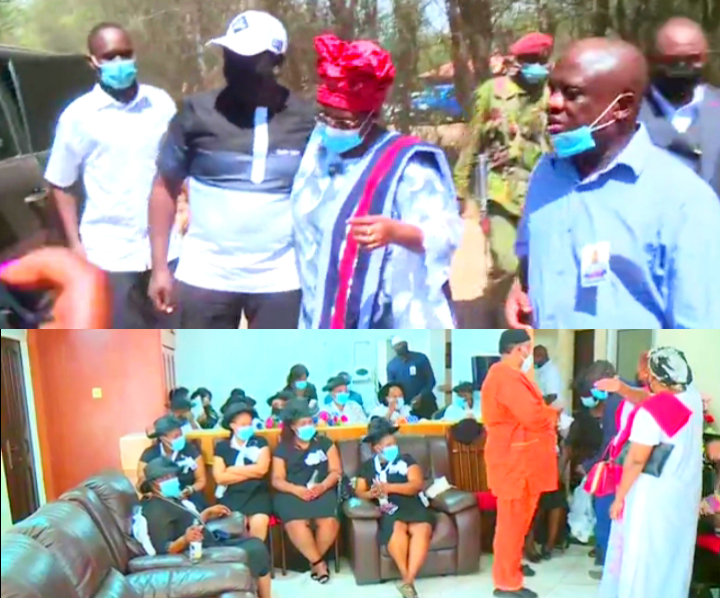 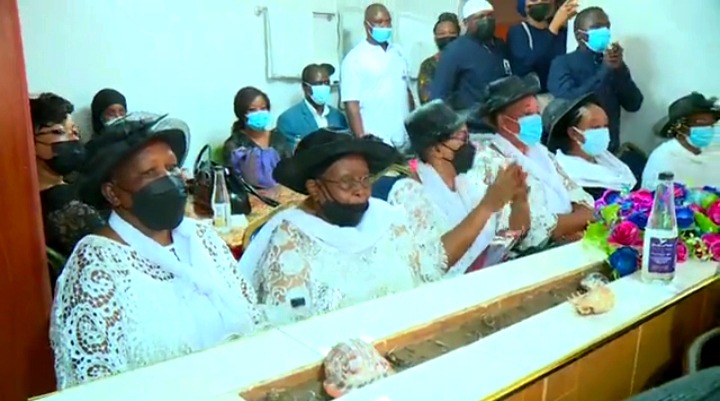 One by one, the DP greeted them as he got to know them by their names and he encouraged them to be strong and stay positive during these tough times. 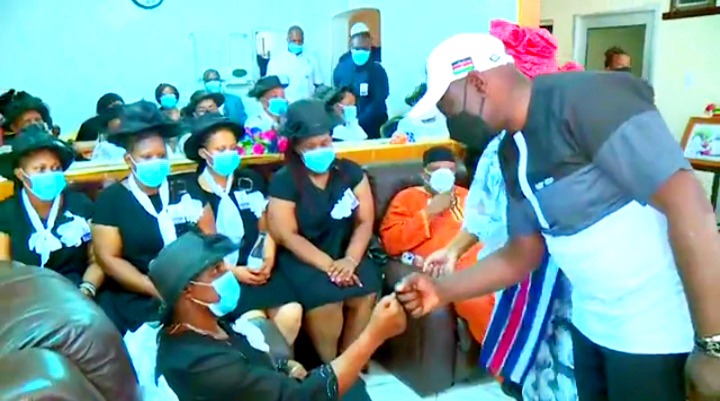 The DP's arrival came around an hour after reports emerging that the actual venue that had been prepared for that funeral had been vandalized.

In photos that have gone viral on the internet in the aftermath of that incident, a number of tents in quite a big venue could be seen having been flattened as seen below. 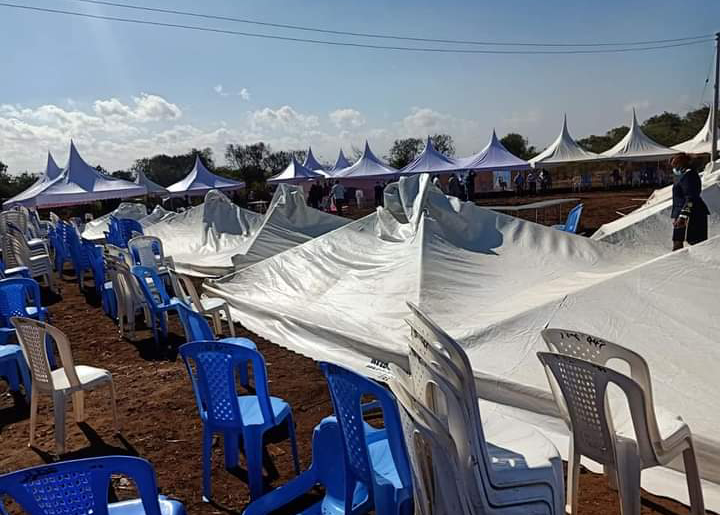 Nevertheless, a different venue had been found and even though it was smaller than the previous one, the funeral ceremony was still underway with Deputy President William Ruto being in attendance.

As captured in photos below, the number of those in attendance was a little bit smaller than what the previous venue could've accommodated. 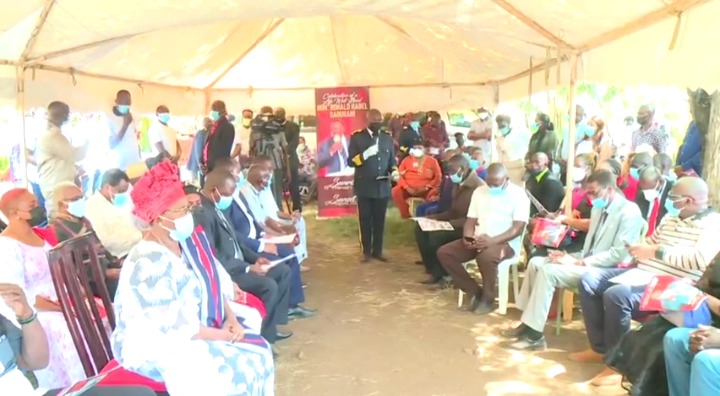 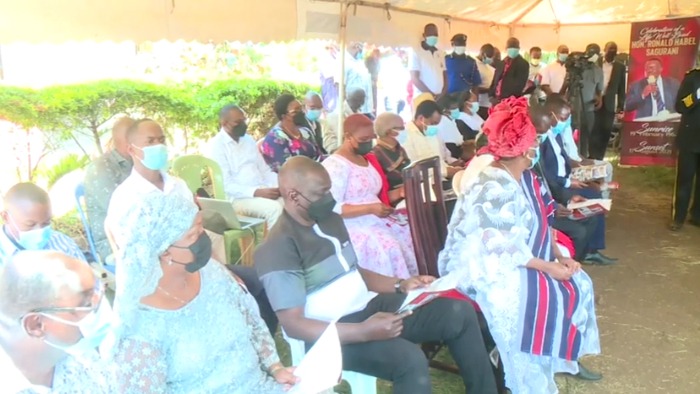 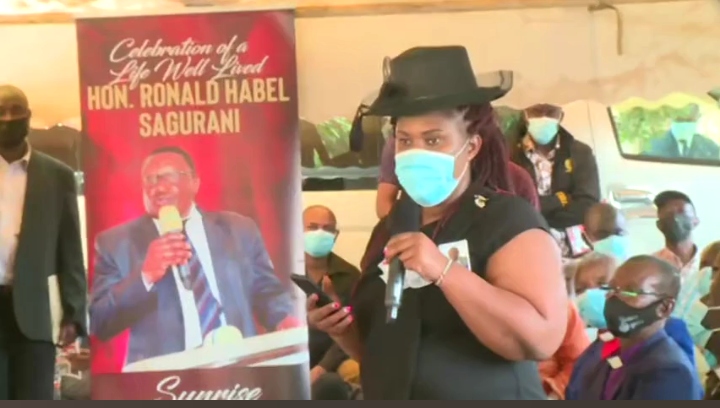 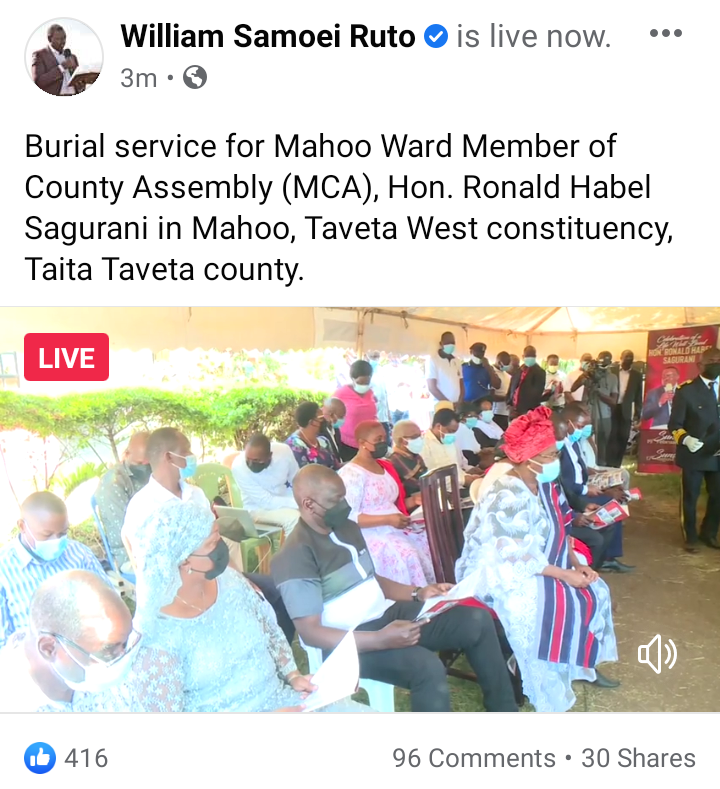