President Museveni's Son, General Muhoozi has claimed that the former President of Kenya, honorable Uhuru Kenyatta would have won the elections if he run for the 3rd time. 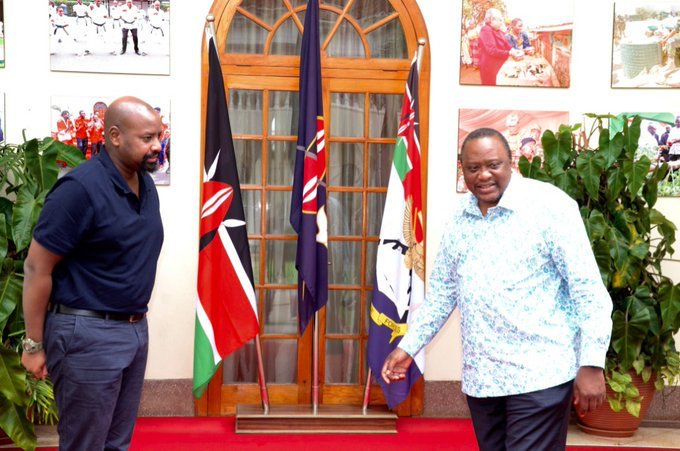 In a news report that has been shared by a reliable source of information, it has been revealed that the renowned top Officer has claimed that One of the main problems that he has with the former President Uhuru Kenyatta is due to the fact that he didn't decide to run for another term.

According to the reports given by Muhoozi, he claimed that us is sure that President Uhuru Kenyatta would have defeated the other Presidential candidates.

This is happening at the same time when President William Ruto has claimed that he is going to take care of the former prime Minister of Kenya and Orange Democratic Movement party leader, honorable Raila Odinga along with President Uhuru Kenyatta.

Speaking in Homabay, President William Ruto has claimed that his government will take care of the elderly.

While reacting to his post, kenyans who took to their different social media accounts to express their opinions on the matter have called upon the renowned government official in Uganda to stay away from the business of Kenyans and Kenyan politics. 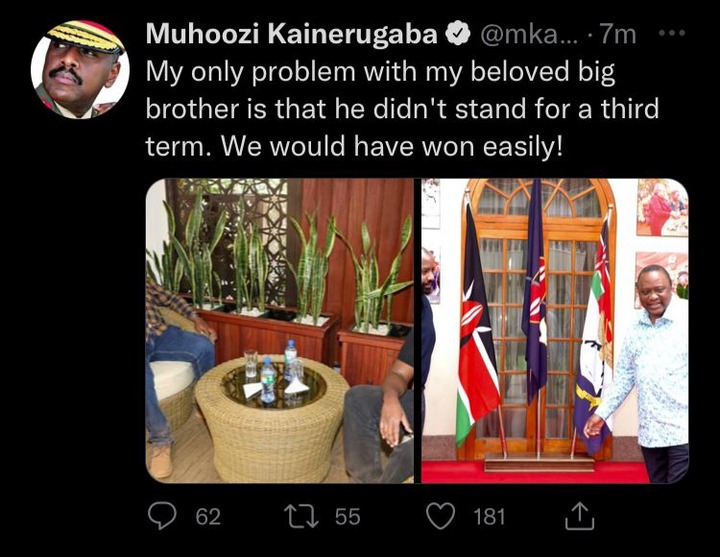 My Husband Ordered Me To Remove All My Clothes In Presence Of A Cousin Who Left Form 4; Ladyb Tells