By Magazrao (self media writer) | 1 month ago

The politics in the country is now of much essence as far as the august elections are now concerned.It is now true that after the two top presidential aspirants honourable William Ruto and Raila Amollo Odinga unveiled their running mates,the politics have taken a different move ahead of the august elections. 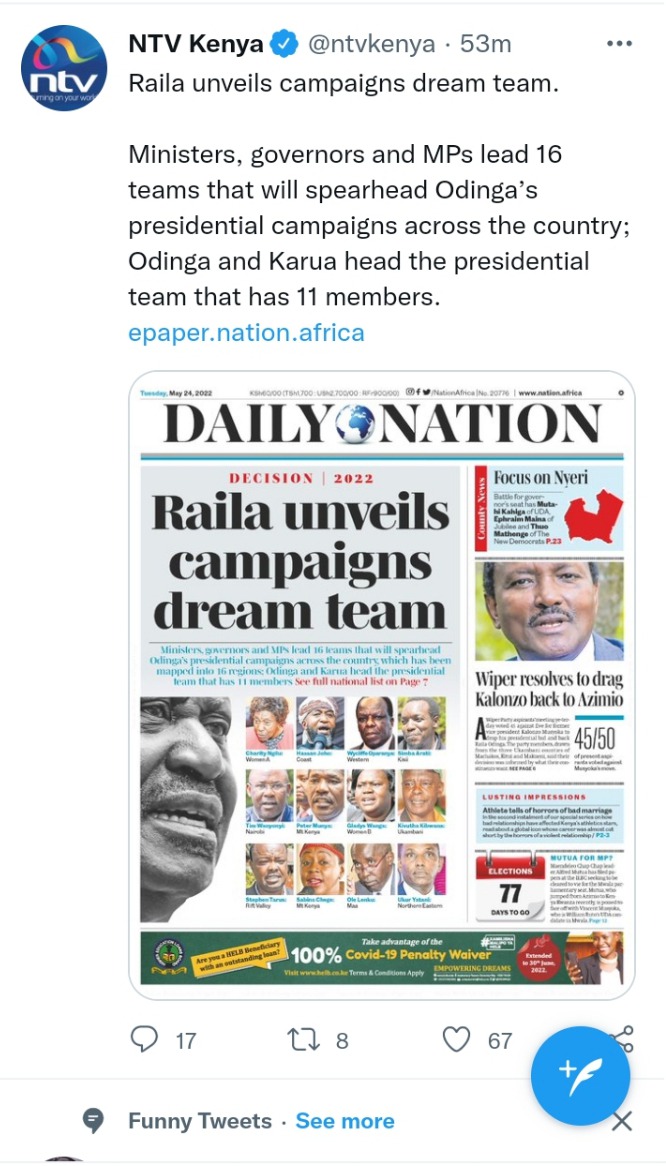 Today from the latest report,it was revealed that powerful leaders Raila has unveiled to campaign for him include,Ali Hassan Joho, Gladys Wanga,Ngilu,Oparanya,Sabina, Kivutha Kibwana among others.Railai's presidency bid seems to be much powerful and bringing more tension and headache to the Kenya Kwanza coalition party.

Since the handshake was conducted in the country between Uhuru Kenyatta and Raila Amollo Odinga,the two have been much closer to each other.It can be traced that Uhuru's earlier endorsed Raila as his preferred successor rather than Ruto.Ruto's influence in mount Kenya is now becoming so inferior which now puts Raila at a better chance to succeed president Uhuru Kenyatta. 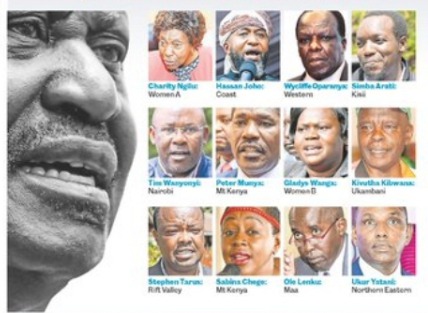 Kilonzo Jr Warn Raila Against Pushing Use Of Manual Voter Register, States Why It Must Be Rejected

Mutula Kilonzo Goes Against His Azimio Bosses, Tells IEBC to Only Use Electronic Voter Register

Wajackoyah Campaigns in Mombasa Atop His Prado With No Number Plates

Thee Pluto's perfect clap back to fan who told him this.

Six Dead As Trailer Overturns On Matatu Along Eldoret-Webuye Highway

Comparison between Kenya vs Tanzania longest bridges under construction