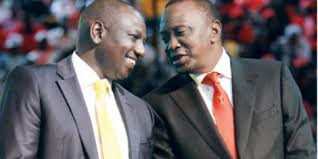 Professor Makau Mutua's article on who between the deputy president William Ruto and president Uhuru Kenyatta is in charge has elicited mixed reactions on-line.

In the article that appeared on Sunday nation, the US based professor explained the dangers of the sharp divisions Currently exhibited by Uhuru and his principal assistant Ruto.

He pointed out what is happening in South Sudan between Salva kiir and Riek machar as a warning to Kenyans against having two centers of power.

Mutua observed that right now, Ruto controls almost half if not more of the three arms of government.

He finished by asking the deputy president who according to him is a subordinate to resign instead of holding Kenya at ransom.

Among the Kenyans who reacted to his opinion is city lawyer Ahamednasir Abdullahi who termed Mutua's opinion as mere tirade from a member of ODM's politiburo.

Ahamednasir is a die-hard Supporter of DP William Ruto while Makau mutua has been dying to see Raila Odinga become the CEO of Kenya Inc.

Another Kenyan by the name kiptoo accused professor for speaking from both sides of his mouth having declined to acknowledge Uhuru's presidency.

Its Worth noting that professor Makau Mutua refers to Uhuru as Mr and not president meaning he has a problem with the title president.

According to this Kenyan, Mutua who doesn't recognize Uhuru as president has no moral authority to ask Ruto to leave government to his boss.

Below are the screenshots of the Reactions with Ruto Supporters up at arms while Raila's ODM brigade is on the other side. 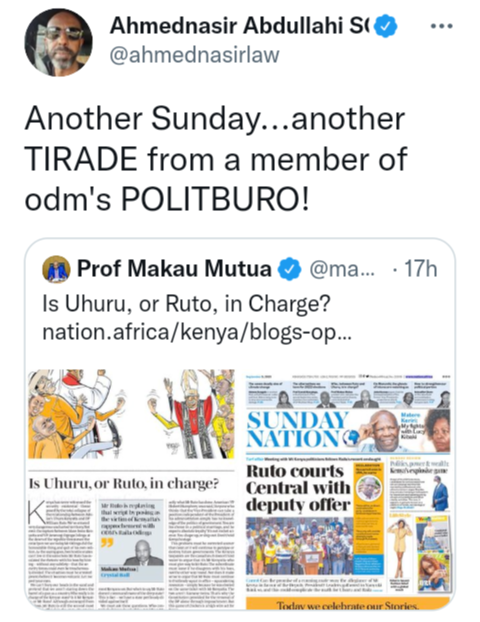 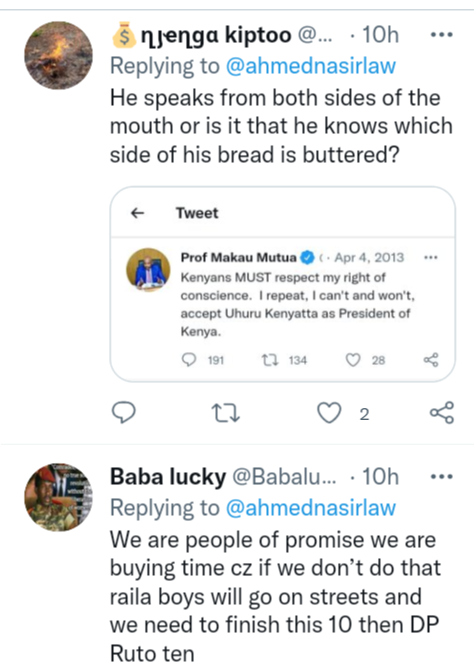 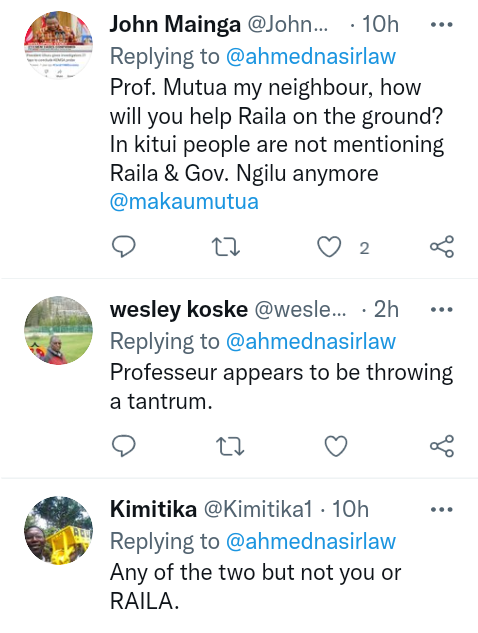 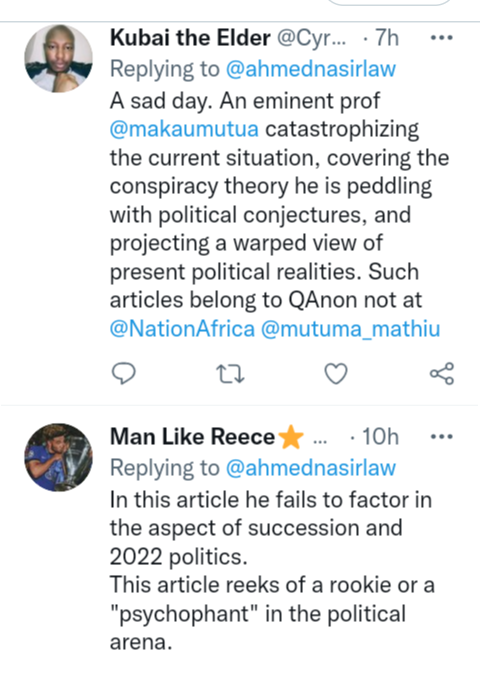 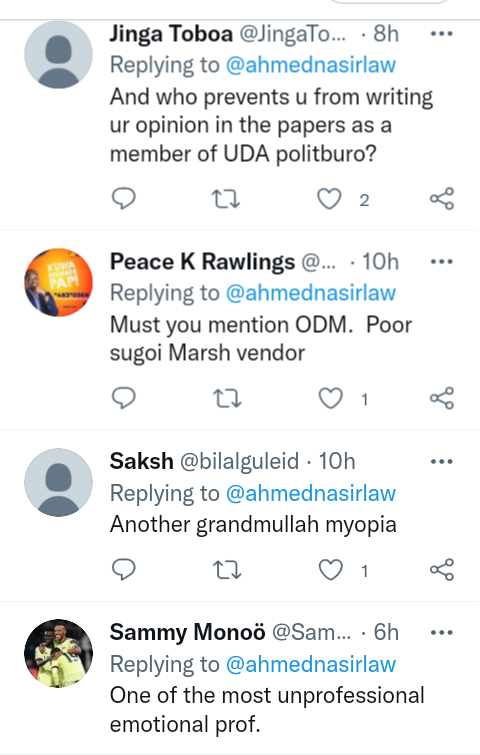