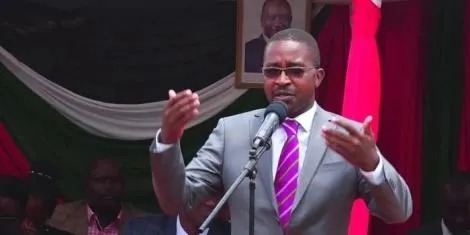 The High Court has nullified a law that the Independent Electoral and Boundaries Commission (IEBC) used to bar Mwangi Wa Iria and Reuben Kigame from contesting for the presidency in the August 9 polls.

Delivering the ruling on Tuesday, July 5, Justice Anthony Mrima noted that IEBC erred in disqualifying the aspirants on flimsy grounds such as lack of signatures of supporters.

Justice Mrima declared the requirement for candidates to present copies of IDs of supporters as from at least 24 counties was unconstitutional.

He added that the requirements were in contravention of Article 31 of the Constitution of Kenya and the Data Protection Act.

"Article 31 guarantees the privacy of all Kenyan citizens and states that they have the right not to have their information relating to them or their family or private affairs unnecessarily revealed.

Article 31 guarantees the privacy of all Kenyan citizens and states that they have the right not to have their information relating to them or their family or private affairs unnecessarily revealed.

The IEBC Dispute Resolution Committee threw out petitions by Wa Iria and Kigame, who challenged their disqualification based on failure to meet the 2,000 copies of IDs and signatures of supporters.

"It, therefore, follows that the clearance of the four presidential candidates is unconstitutional, illegal, null and void," Aukot argued.

If any of the petitions go through, the Wafula Chbukati-led Commission will have to put on hold the ongoing ballot printing process which kicked off In July in Greece. The printing is being done by Inform Lycos.