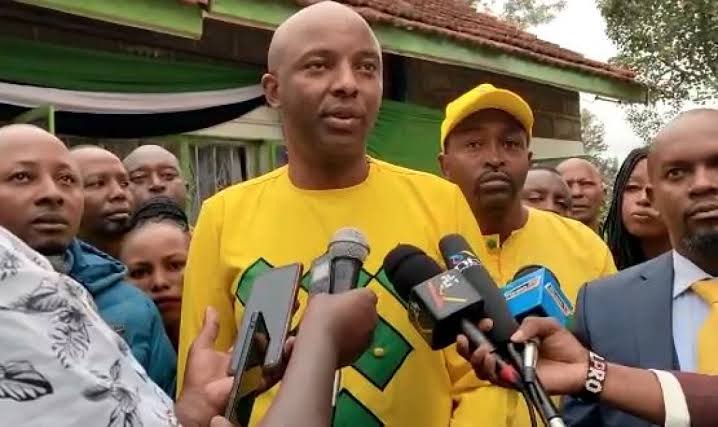 Murang’a Sentaor Irungu Kang'ata has recently reacted to the Standard Newspaper Headline, "Karua Liked By More Voters Than Gachagua". The opinion poll delivered by The Standard has shown that the Azimio running mate Martha Karua is trusted in most regions and is preferred by most of the Kenyans than the United Democratic Alliance Party running mate Rigathi Gachagua. Martha Karua is likely to win the race against her competitor Gachagua. The numbers showed that Martha Karua got 49 percent of the opinion polls delivered against Gachagua who had 30 percent while other running mates got 21.

In his remarks Kang'ata claimed that this could be a trap of Makeri maybe referring to Martha Karua. "Mutego wa Wangu wa Makeri Aca. Muranga Ndigi maguru niyarega." Kang'ata said. The Azimio camp gained more popularity after Karua joined and Ruto's voters popularity dropped significantly especially in the Mount Kenya region after Gachagua became his running mate. Karua has been playing a laudable role in the Azimio campaign trails. She has also been smart in reacting to criticisms being keen that she does not offend others unlike Gachagua who has been very reckless in his utterances. 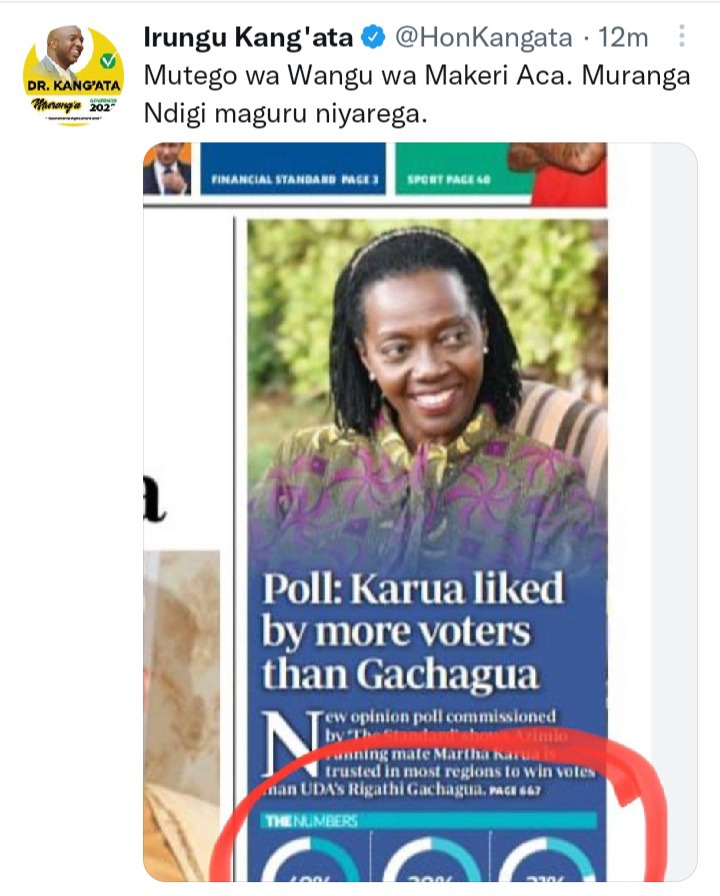