Kindiki;27 Km Project Has Given Corruption A New Magnitude Of 87b Compared To 16b In Kibaki’s Regime

By HUSTLERSNEWS (self media writer) | 1 month ago 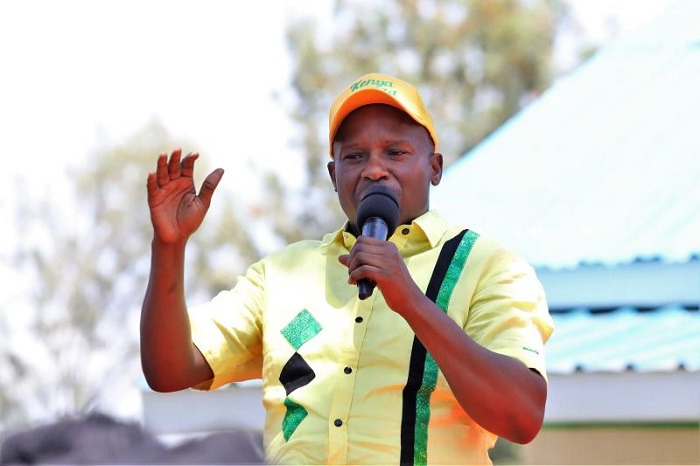 Tharaka-Nithi Senator Kithure Kindiki who has mostly become popular politicians after being William Ruto's lawyer and chief campaigner of Ruto has discloses how 27 km Nairobi expressway has costed Kenyan government. 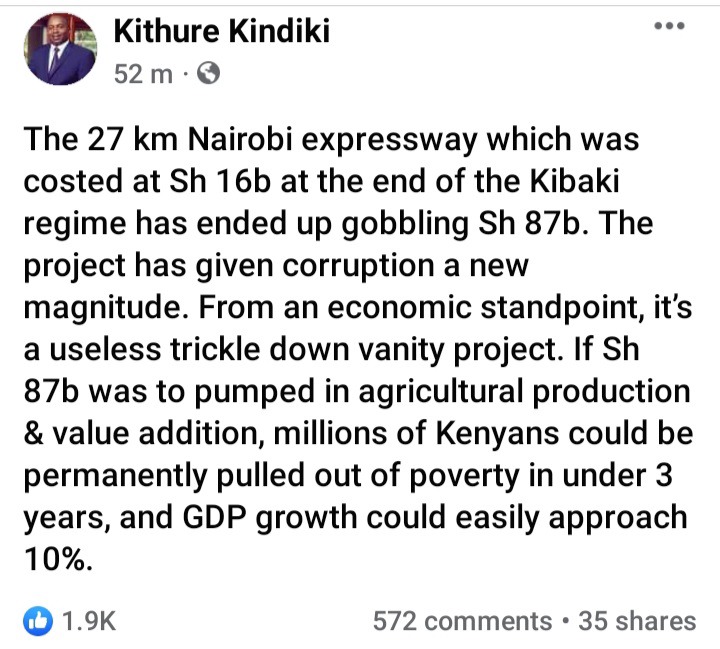 From information released by the lawyer, 27 km Nairobi expressway which costed Sh 16 billions at the regime of Former President Mwai Kibaki has ended up gobbling Sh 87 billions.

According to Kindiki this project has given corruption a new magnitude in its increasing rate.

As way of Popularizing William Ruto's agenda, Senator said, as an economic standpoint, it’s a useless trickle down vanity project since if Sh 87 billions was to be pumped into agricultural production & value addition, millions of Kenyans could be permanently pulled out of poverty in under 3 years, and GDP growth could easily approach 10%.

Kithure Kindiki's statement has sparks reactions from his followers in Facebook page, here are some of the reactions I captured;

Stycie Waweru; This is very sad news for us the taxpayers and Kenya in general, a government that is overpricing her development projects for kickbacks should not be allowed to continue being in power under proxies named Azimio.They should be sent home in August.

Indeed accountability should always be the major pillar for our success. 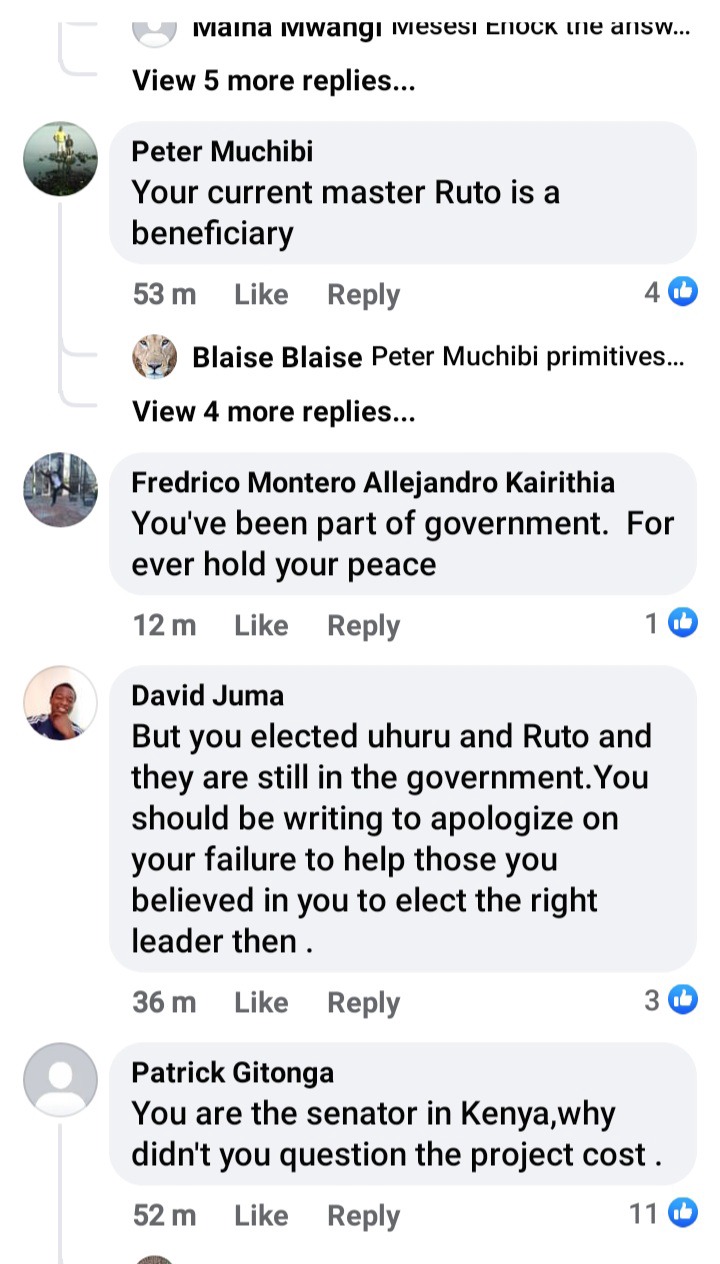 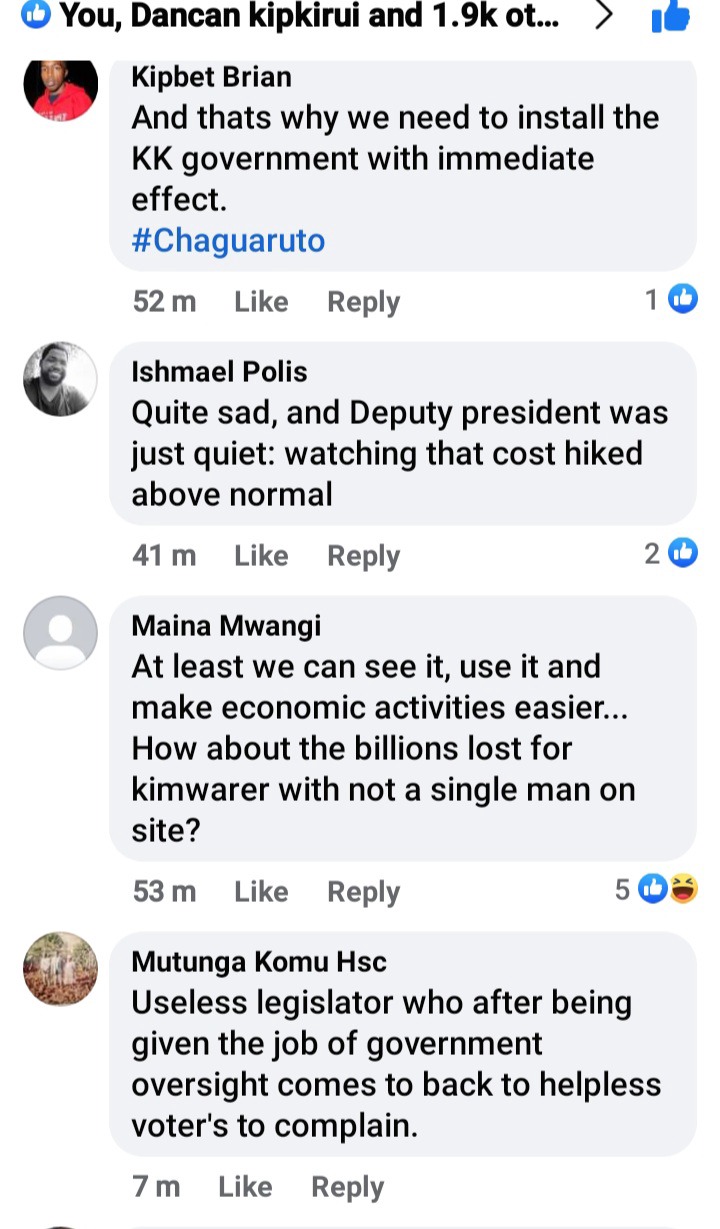 Content created and supplied by: HUSTLERSNEWS (via Opera News )

How To Know If He Loves You Without Limits

Murathe Admits Ruto Could Win But Warns Of Dangerous Decisions He Will Make.

He Is Already Injuring IEBC Innocence After Knowing He Will Lose:Analyst Attacks Presidency Aspirant

JUST IN: Another Road Accident Occurs Today Along Thika Road