By Weldon.Kap.Kompyuta (self media writer) | 11 months ago 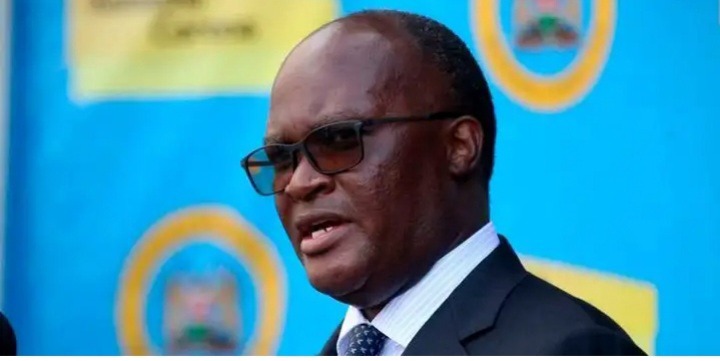 Most government job appointments in Kenya attract scrutiny, not for the qualifications of the individuals chosen, but for their ethnicity, and the latest ones by Transport Cabinet Secretary James Macharia are no exception.

A Gazette notice surfaced this week of Mr Macharia’s appointment of three people to the Nairobi Metropolitan Area Transport Authority Board.

Mr Macharia, in his capacity as the chairperson of the Nairobi Metropolitan Area Council, appointed three individuals from one ethnic group.

The three are Mary Waithiegeni Choge, Zachariah Karenge Mungai and Ronald Ndirangu Ndegwa, who will serve the board for three years.

The appointments did not sit well with a section of Kenyans who raised concerns over the lack of diversity.

Lack of inclusion in State appointments continues to be an issue in Kenya, the general view being that only a few tribes are benefiting as marginalised ethnic groups are left out.

This is despite a push to ensure that offices funded by taxpayers have the ‘face of Kenya’, with all communities given an opportunity to serve.

A report by the Public Service Commission (PSC) presented to Parliament late last year revealed that the Kikuyu and Kalenjin communities dominate top jobs in the government and embassies, as well as chief executive positions in parastatals.

The report showed that Kikuyus and Kalenjins account for 29 per cent and 11 per cent of the 417 top jobs in government, respectively, including the offices of directors and principal secretaries.

The Kikuyu community accounted for 27 per cent of Kenya’s 66 ambassadors with Kalenjins taking 14 per cent.

On CEOs of parastatals, Kikuyus took 20 per cent of the positions followed by Kalenjins at 19.4 per cent, Luos at 14.4 per cent and Luhyas at 10 per cent.

The Kikuyu and Kalenjin dominance mirrors the two tribes’ presence at the highest office in Kenya since Independence.

The PSC data indicates central Kikuyu is over-presented among the top officers in government with 120 positions that accounted for 29 per cent of the senior jobs against their 17 per cent share of the population based on 2019 census.

They accounted for 20 per cent of parastatal CEO jobs and 27 per cent of top positions in foreign missions.

The Kalenjin community’s share of the population stood at 13 per cent but it controlled 19.4 per cent of CEO jobs in State-owned firms and 14 per cent of top embassy jobs. The community has 11 per cent of senior jobs in the civil service.

Luos account for 11 per cent of Kenya’s population but control 14.4 per cent CEO positions in parastatals and 10 per cent of top government jobs.

Merus account for four per cent of Kenya’s population but are overrepresented among the top jobs in government and chief executive positions in parastatals.

The Luhya community, which forms 14 per cent of the Kenyan population, accounted for eight per cent of senior positions in the civil service and 10 per cent of top jobs in the foreign missions.

Echesa To Uhuru In Mount Elgon: We Know You, You've Done Worse In This Government, We Are Coming