By Sirpeters (self media writer) | 4 months ago 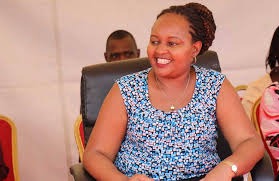 Governor Ann Waiguru supported the Deputy president allies against allegations of corruption and urged the government to stop politicizing the anti-corruption fight. She stated that there are constitutional structures in place to deal with graft instances, and that they should be allowed to function independently. The governor emphasized that the fight against corruption should be based solely on evidence.

She denied accusations that Raila odinga has a large number of governors backing his ambition. She pointed out that the majority of those governors are in their second and final term in office. "Any leader who is not a candidate cannot garner significant votes, therefore their support for Azimio should not be construed as a guarantee of votes; people will listen to new leaders on the ballot," Waiguru said.

She encouraged Kenyans to join Deputy president, claiming that the party would form the next administration. "An independent candidate can't do much for citizens; we can't afford to be out of government if we truly want to empower our people," she said. 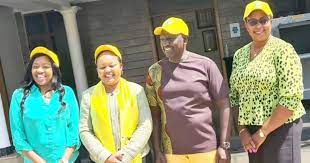 She claims that her administration has made a positive impact on the county's social and economic sectors. Waiguru explained, "We have altered the health sector by modernizing major hospitals and dispensaries, as well as improving our cities to provide an enabling business environment for our traders."

Governor also expressed her support for Deputy President William Ruto, saying she is convinced he will lead the next administration. According to her, the Deputy president has almost 82 percent of the vote in the Mt Kenya region. She claimed that the majority of people in the region had already decided on DP due of his previous political support for the region. 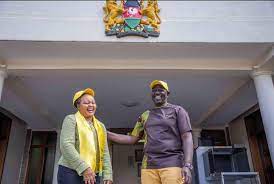 Just in: Ruto Blamed By Jubilee Party For Not Having Strategized Economy While He was DP

Five Poor Habits that are Stopping You from Becoming Rich

Six Tips to Help You Love Your Current Job Unconditionally