When This Whole Wanjigi Thing Started I Thought He Was Raila's Pacesetter; Wamatangi Narrates

By Ckibiba (self media writer) | 22 days ago 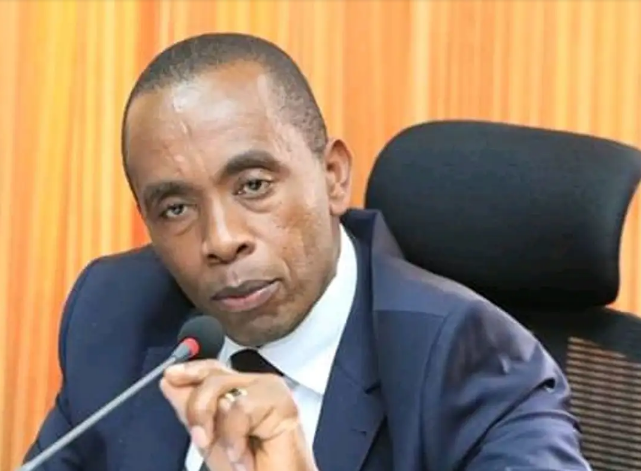 Kiambu County Senator and Senate Chief Whip Kimani Wamatangi has given voice to what has been silently running in the minds of many.

Barely a week after his motorcade being pelted with stones in Migori, Orange Democratic Movement party financier and tycoon Jimi Wanjigi has been warned against unilaterally opening party offices.

This string of incidents has led senator Wamatangi to confess on what he initially thought of Wanjigi’s run, as things now begin to take on a serious and austere look.

Wamatangi, addressing Hon. Atandi and asking him to explain to the rest what exactly was happening in ODM expressed disbelief.

He admitted that when he first heard and later actually saw Jimi Wanjigi vying for the ODM presidential nomination, he thought it was all a pre-planned and stage-managed contest.

Likening the whole scenario to how pacesetters during a marathon, shoot off at a very fast pace, and lead for a considerable amount of time before dropping out and leaving the race to eventual winner, Wamatangi was incredulous.

He admitted that his expectation was Wanjigi would pretend to be seeking the nomination, but with time, would put his weight behind Raila.

He wondered at what point the race became a serious thing.

Criticising what he deems as the unfair treatment of Wanjigi such as his stoning, and the hostility from the party leadership, Wamatangi said one thing ODM needs to keep in mind is that perception is very important in politics.

Noting that the party had, in recent times, ridden on the wave of cohesion and togetherness, appearing to frustrate Wanjigi’s bid would make them look hypocritical.

He argued that people were bound to wonder how serious ODM was with it’s cohesion message if certain people can’t be allowed to vie for certain positions in the party.