By DailyDigitalJournal | self meida writer
Published 23 days ago - 1 views 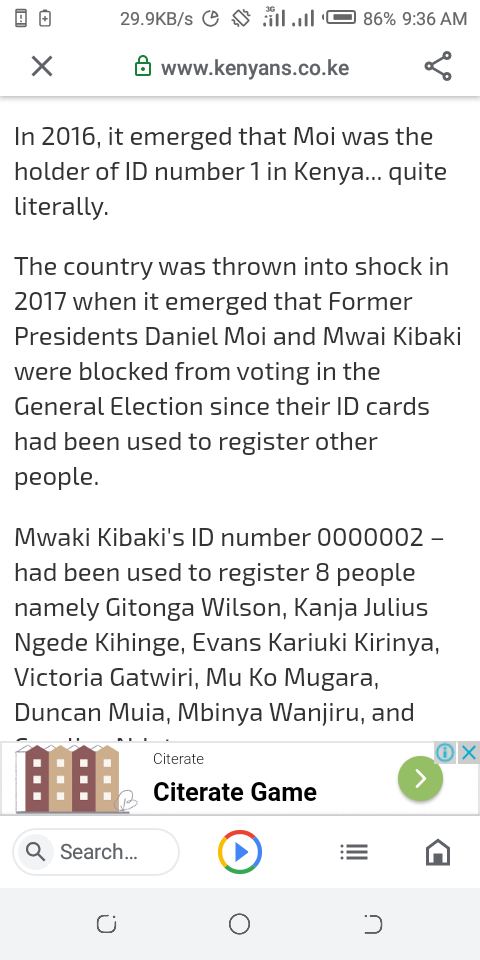 During the 2017 general elections, the country was shocked to learn that former Presidents Mwai Kibaki and Daniel Moi would not be allowed vote because the Identity numbers had been used to register other people.

President Moi's Identify Card indicated that he was the first Citizen with an Identity number of 0000001. Kibaki on the other hand is Citizen number two, 0000002. 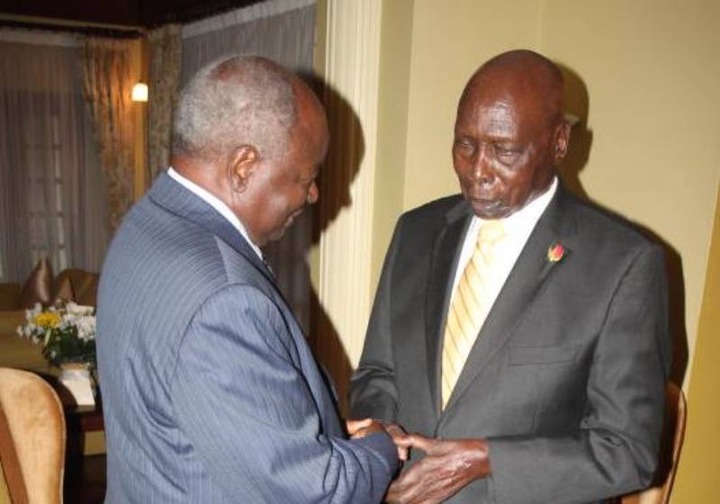 On the other hand, Mr Moi’s ID number 0000001 – had been used to register one Joseph Marrion Nchabani, indicated to have been born on January 1, 1968.

The Independent Electoral and Boundaries Commission requires clear voter identification before one is allowed to vote. Kibaki and Moi could not vote pending clearance from IEBC. It ha not been revealed wheather new identify cards were issued to them.

Yesterday, it was Moi's one year anniversary since he died. Kenyans will remember him as a unifying and most authoritative president

Duncan Muia Mbinya Wanjiru Moi Mwai Kibaki Victoria Gatwiri
Opera News is a free to use platform and the views and opinions expressed herein are solely those of the author and do not represent, reflect or express the views of Opera News. Any/all written content and images displayed are provided by the blogger/author, appear herein as submitted by the blogger/author and are unedited by Opera News. Opera News does not consent to nor does it condone the posting of any content that violates the rights (including the copyrights) of any third party, nor content that may malign, inter alia, any religion, ethnic group, organization, gender, company, or individual. Opera News furthermore does not condone the use of our platform for the purposes encouraging/endorsing hate speech, violation of human rights and/or utterances of a defamatory nature. If the content contained herein violates any of your rights, including those of copyright, and/or violates any the above mentioned factors, you are requested to immediately notify us using via the following email address operanews-external(at)opera.com and/or report the article using the available reporting functionality built into our Platform