By Theprofessor (self media writer) | 25 days ago

According to the reports given by a reliable source of information, it has been revealed that the wife of Freedom Fighter Dedan Kimathi has Appealed for help to settle her hospital bill. 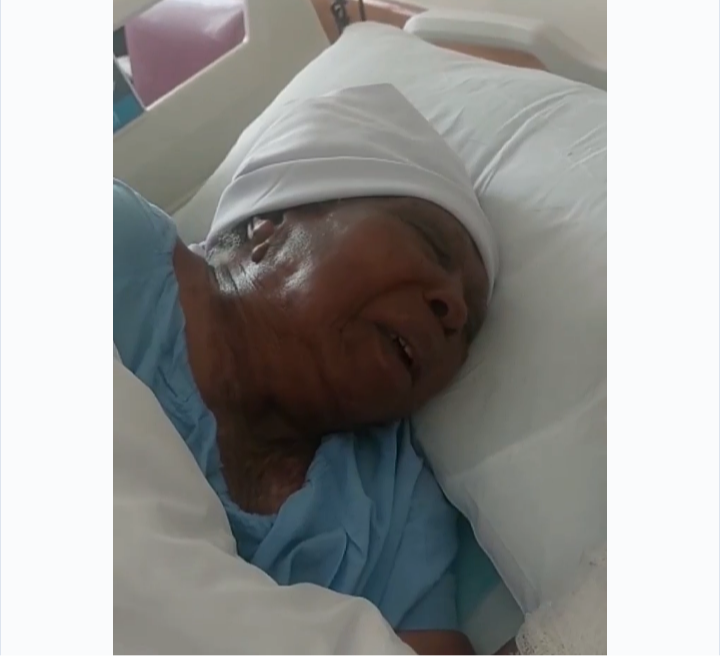 In a news report that has been shared by Mukami Kimathi, she revealed that she has been Detained at Nairobi hospital over Ksh. 1 million hospital Bill.

Taking to his different social media accounts to express his opinion on this matter, Mwalimu Dida has called out the government for turning a blind eye.

According to the reports given by Dida, she claimed that the government is waiting for her to die, for them to show up.

While reacting to his post, Kenyans who took to their different social media accounts to express their opinions on the matter have called upon the government to do something about this, help pay her hospital bill.

According to the reports given by most Kenyans, they claimed that it is so unfortunate that the government is yet to do this despite the fact that Mukami is the wife of the man who helped the country get its independence. 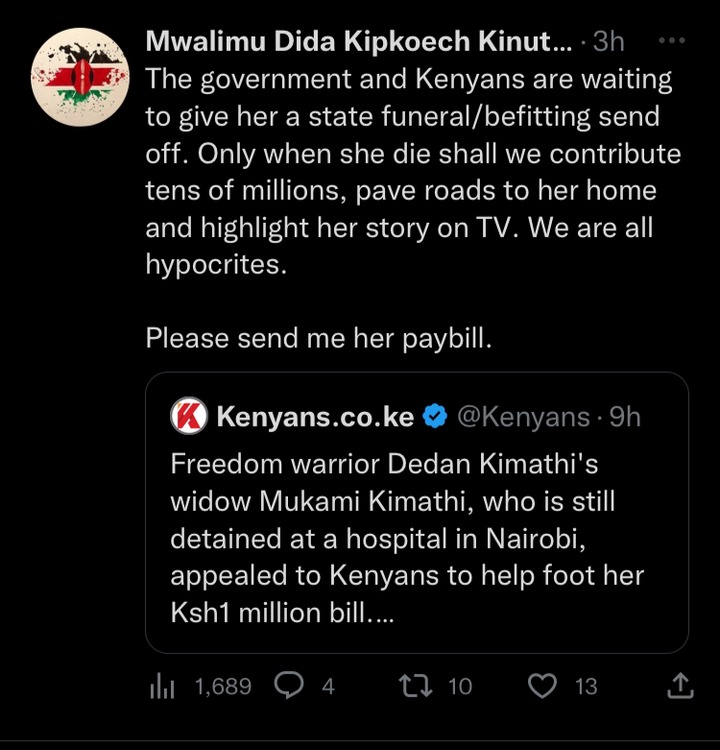