An opinion poll conducted by the Intel Research Solutions (IRS) and released on Tuesday July 5, has now revealed the most popular presidential candidate who would have won the Elections if it was called today.

According to the pollster, Deputy President William Ruto is still the most popular Candidate, after commanding a total of 49.9 per cent of the polls outcome compared to 42.5 per cent.

Ruto's popularity has however dropped compared to the previous performance. In the last survey report released by IRS on June 19 , Ruto had 51.2 per cent, but has now dropped to 49.9 per cent which is a drop by 1.3 per cent.

Wajackoyah has risen to 2.8 per cent in popularity and become the third most preferred presidential candidate. The last survey by the same company put him at 0.9 per cent.

Agano party candidate David Mwaure has come Fourth in the race with 1.1 per cent of the votes.

IRS have also ruled out the possibility of a run-off, stating that many Kenyans who have not yet decided will soon make a decision with the few days left to the polls.

Raila has also retained his popularity in the county of Nairobi where he has a total support of 53.7 per cent while Ruto has 38.1 per cent. 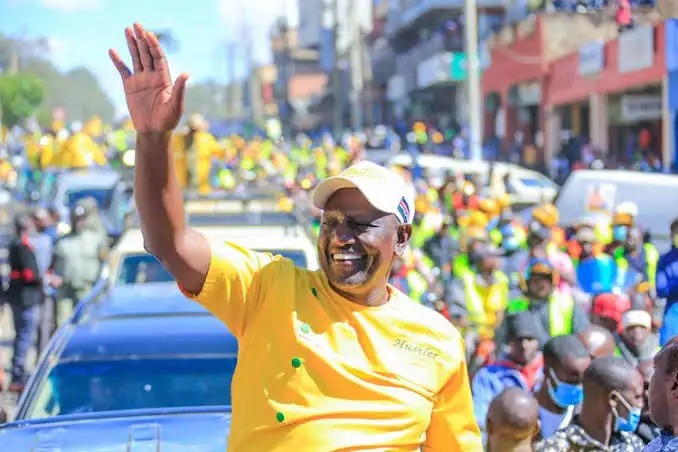 In Western Kenya, Ruto commands more votes than Raila with 48.3 per cent backing his bid compared to Raila 34.3 per cent.

Ruto is also leading in the Rift valley and the Mt. Kenya regions.

Raila Odinga also leads in Nyanza, Coast and in the Ukambani regions where he has over 50 per cent ratings.

Latest Provisional Presidential Results On Form 34B As At 9:50 Sunday