By Ckibiba (self media writer) | 3 months ago 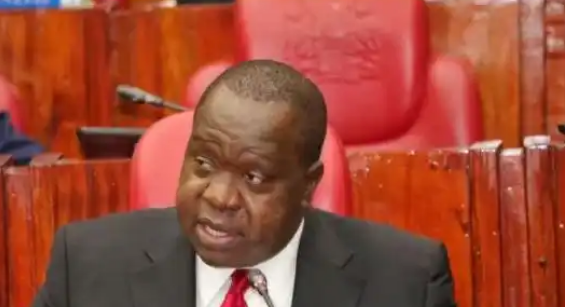 Interior Cabinet Secretary Dr. Fred Matiang’i On Wednesday September 1, revealed details on why the Deputy President William Ruto’s security detail was reshuffled in their closed door meeting with the MP’s.

In their long meeting, the Security bosses disclosed that the second in command was allegedly misused by donating some of his security officers to allies whose security had been withdrawn.

CS Matiang’i detailed to the National Assembly Committee on Administration and National Security that Dr. Ruto donated some of his officers attached to him to a legislator in the Coastal Region currently facing murder charges.

He also added that the seemingly over supplied DP was also doing the same to yet another ally from the Rift Valley, who has since been charged with hate speech. The two law makers had their security detail withdrawn.

Reports privy to the details indicate that the DP was donating 4 security officers, 2 to each Member of parliament to help guard them.

The interior Cabinet secretary detailed that the move to re-organize his security detail was informed by the misuse and abuse of the same privileges’ by the Deputy President. 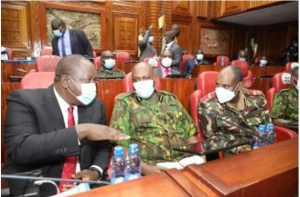 Dr. Matiang’i went on the record explaining to the National Assembly’s committee that the Inspector General of police withdrew the officers from the politicians to avoid putting the them (officers) in conflict.“You cannot get officers and tell them to go and commit a crime or to accompany the leaders as they commit the crimes,” Matiang’i told the MPs.

A record 77 GSU officers were withdrawn from the DP’s residence and replaced with 26 from the Government Buildings Unit (GBU) who are drawn from the Administrative Police Service (AP).

Matiang’i noted that DP Ruto was the most guarded DP in the history of Kenya, with his office alone accorded the highest number of security officers from the GSU, APs, and other formations totaling to 257 officers all deployed to guard him and his property spread across the Country.

“Contrary to the allegations made and in view of the tabled evidence, H.E. the Deputy President is the most guarded in the history of the country in comparison with previous equivalent office holders,” Matiang’i stated.