By CarlPeters (self media writer) | 3 months ago

Contrary to the opinion polls that fronted Raila Odinga as the favourite candidate, he suffered a big blow after losing to his main competitor William Ruto. 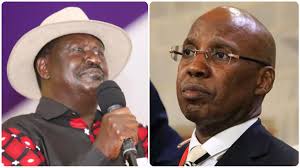 According to the history, Shaka divided his army into four sections: The main body, constituting the isifuba (chest) which he was part of; a reserve regiment; and two other regiments were deployed as the izimpondo (horns), which advanced and encircled the enemy.

Wanjigi says Luo Nyanza has been approaching general elections as a block, with all the electorates' votes casted in favour of Raila.

The former Presidential candidate insisted that the region has been approaching presidential elections with only the main body.

Wanjigi has urged the region to change tack, explore other options and move away from the political stranglehold of Raila. 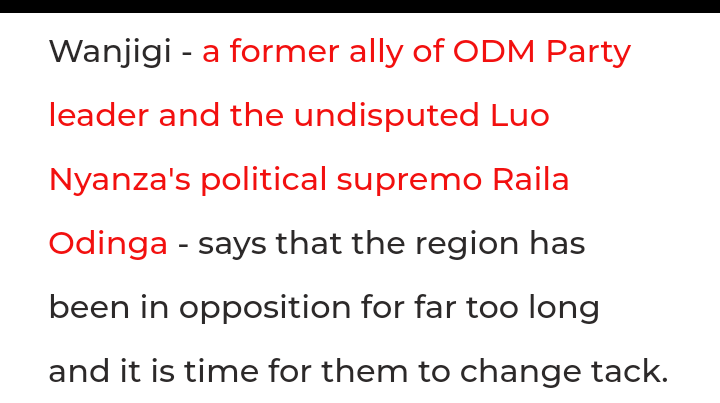 He said it is devastating to see Luo Nyanza left out of government all the time.

Very little was known of Raila before the failed coup of 1982. Only his subsequent arrest made Kenyans curious about this rabble-rouser. Those who knew him say he was a quiet man who rarely talked even during key political meetings.

Even after four decades on the political scene, what cannot be argued is that Raila is a political titan.