After the chaos erupted in Murang'a county, the county leadership led by governor Mwangi Was Iria have finally made up their minds. The decision that they have made may soon lock many politicians out of the county politics.

Wa Iria who was saddened by the chaos that led to death of two and other dozens of protestors being injured said that the decision will be taking effect immediately to avoid Political wars like the one that was witnessed yesterday when the deputy president William Ruto was touring the county.

According to the Murang'a leaders the action by some of the goons was distasteful and thus henceforth all the meetings planned in the county shall be conducted under a uniform master of ceremony. He said this when he was addressing the a press conference on Monday.

The county boss continued to state that all the meetings to be held in the county must all be approved from his office. 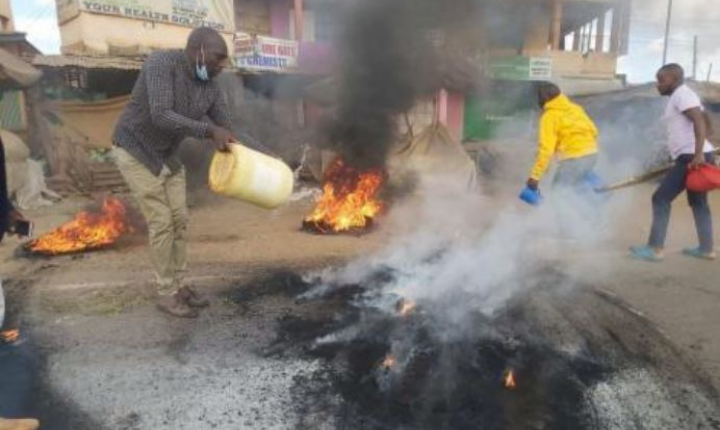 “All political meetings involving outsiders shall have one uniform Master of Ceremony", he said.

In case Wa Iria will not be on a position to mcee the meeting, then either Senator Irungu Kang'ata or Murang'a women Rep. Sabina Chege will be taking his role.

"In my absence, Senator Irungu Kangata or Woman Rep Sabina Chege will be taking over,” said the county boss.

Depsite of the new rules that the leaders have set, Wa Iria welcomed DP Ruto back to the county on 16th October for another meeting in the county. The angry governor continued and blame Kiharu MP Ndindi Nyoro and Kandara constituency MP Alice Wahome for allegedly fueling the chaos in the county.

The decision by the leaders may soon block Ruto out of the county for any meeting bearing in mind that governor Wa Iria, Kang'ata and Sabina Chege are all close allies to president Uhuru Kenyatta. Both Uhuru and Ruto have been political enemies.

Jubilations to Unemployed Teachers As TSC Starts Recruitment of Teachers