Aisha Jumwa explains why she was not present at Ruto's rallies. 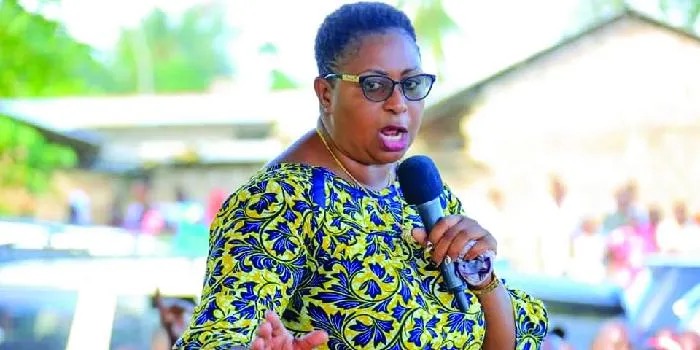 Jumwa, on the other hand, assuaged the anxieties of her followers and DP Ruto's allies by stating unequivocally that she would never abandon Ruto in favor of former Prime Minister Raila Odinga's Azimio la Umoja.

The Orange Democratic Movement (ODM), which is part of the Azimio la Umoja coalition, named Juma a rebel after she was elected to Parliament. This came after she endorsed Ruto for president and has subsequently fought for and promoted the Democratic Party's bottom-up economic approach.

The MP explained that deserting ODM and joining UDA only to reverse her choice would be out of character for her.

"I've been relaxing at home and would like to address my Kilifi folks. I am a strong leader who is not easily pushed or shaken. As one of the party's founders, I am a member of UDA "Malindi's Member of Parliament remarked.

Jumwa went on to say that she would not join Azimio since it was led by con artists and traitors. The MP assured her fans that she will return after a little hiatus.

The politician, who was last seen at a Democratic Party event in Eldoret in early January 2022, was absent from the party's tour of Western Kenya and the Mt Kenya region.

She failed to appear in court in an ongoing murder case on Tuesday, January 25. Her lawyer, Danstan Omari, claimed that his client was unwell and unable to attend the hearing in Mombasa.

Jumwa's doctors, according to Omari, had recommended her to rest for five days. The prosecution questioned the attorney's motives and demanded that he produce pertinent records in order to prove his case.

The main prosecutor accused Jumwa of feigning illness and objected to the case being postponed.