By TabbsMaggie (self meida writer) | 7 days

While speaking at Citizen TV on Wednesday night hosted by Jeff Koinange in his Famous JK Live and alongside US_Based Professor Makau Mutua, lawyer Ahmednasir aimed a direct dig at President Uhuru Kenyatta. The Grand Mulla revealed that President Uhuru Kenyatta has no credible information against the six judges. The lawyer said that, Uhuru is just taking revenge on the judges because if he had the intelligence report as he claims he could have given it to JSC. 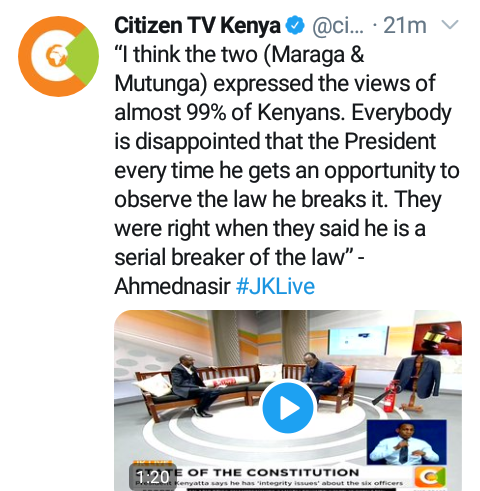 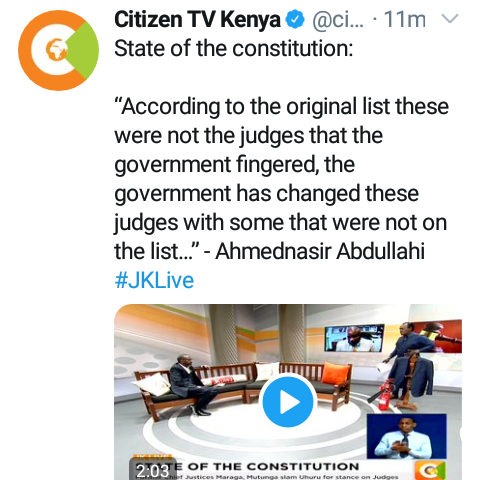 " Willy Mutunga and David Maraga have expressed views of 99 Percent of kenyans, everybody is disgusted, disillusioned. Things are already building up. It has reached the crescendo. Kenyans are already tired, they have reached the breaking point. President Uhuru has totally disregarded the law. We don't expect Uhuru to resign just because Willy Mutunga has requested so but how come he has intelligence reports on six judges only? How come he doesn't have intelligence report on the people who steal two billions every da? Why the six judges only? Claiming that he has credible reports on the six Judges is untrue," Revealed the Grand Mulla. 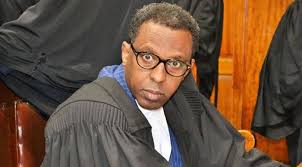 While responding to Makau Mutua statement that he had told him not to vote for Ruto or Uhuru, Abdullahi responded by telling Mutua that the person he was telling him to vote for is now the water carrier.

Uhuru Kenyatta and William Ruto won elections twice, we voted for them but we never told them to go and disregard the law. Makau Mutua saying that we should not have voted for the two is ridiculous, does he even know the person he was telling us to vote for is the water Carrier now?" Continued Lawyer Ahmednasir Abdullahi