Raila Receives A Phone Call From UN Boss Antonio Gutterees , Here Is What He Told Him

By Greatnews (self media writer) | 5 months ago 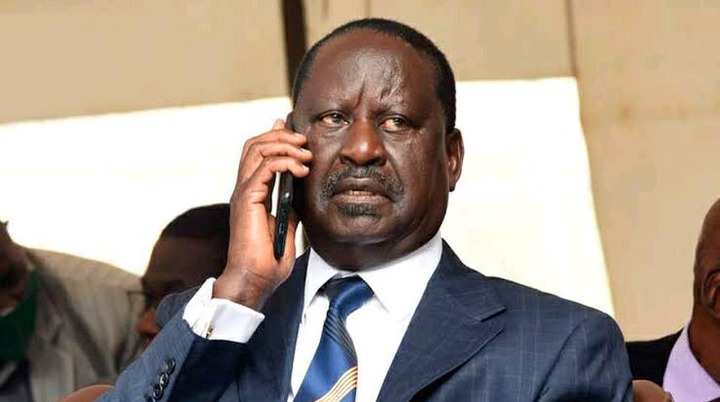 He later recalled that during the phone call, he briefed the foreign ambassador about the situation in the nation and informed Jim about the case they had submitted to the Supreme Court.

"I assured Mr. Guterres (UN Secretary-General) that Kenya's democracy must develop and that we are dedicated to explore legal and constitutional measures of resolving our differences... — Raila Odinga #KenyasChoice2022" 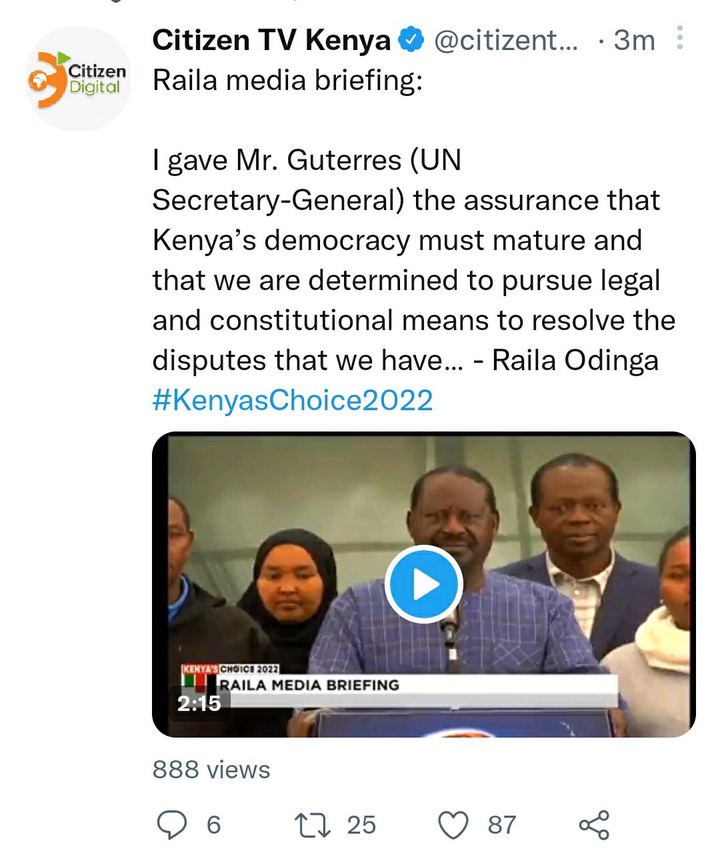 He has also maintained that the Independent Electoral and Boundaries Commission's Wafula Chebukati's announcement of the presidential election results was invalid.

Odinga, a seasoned opposition figure and five-time candidate for president, stated, "Our view is that the figures announced by Chebukati are null and illegal and must be annulled by a court of law." This time, outgoing President Uhuru Kenyatta endorsed Odinga.

He told reporters, "What we saw was a travesty," while pleading with his followers to keep calm. He commanded, "Let no one take the law into their own hands."

At the same time, Raila Odinga and Martha Karua, the vice chair of the Independent Electoral and Boundaries Commission, submitted a response to the petition about the presidential election.

Cherera was designated as the fifth respondent in the petition.

Content created and supplied by: Greatnews (via Opera News )