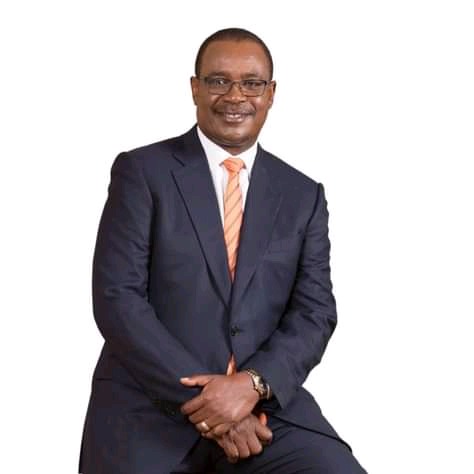 Dr. Evans Odhiambo Kidero and Jonathan Mueke served as Nairobi county governor and deputy governor respectively between 2013 to 2017 where they were succeeded by Mike Mbuvi Sonko who was later impeached by the county assembly for several reasons.

Ever since, the Nairobi City county has faced by myriad of challenges prompting president Uhuru Kenyatta to negotiate with the county so as to transfer some county functions to be under the watch of the national government and even to come up with the creation of Nairobi Metropolitan Service (NMS). 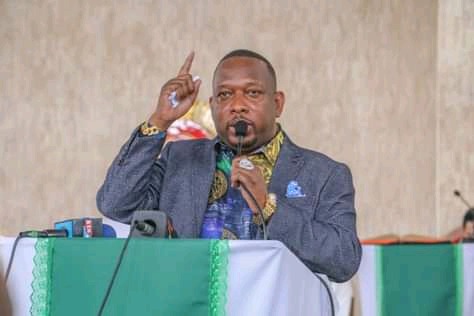 According to the Orange Democratic Movement (ODM) party member of parliament for Homa Bay Town constituency, voting out the government of Dr. Kidero is cause of all challenges Nairobi City County is facing.

Through his twitter handle, the lawmaker noted that even though Kidero was faced by a lot of challenges, he ensured that the county was very stable unlike it is today.

Kaluma added that the moment Kidero left office, Nairobi government collapsed and ended up handing over its core functions to the national government. 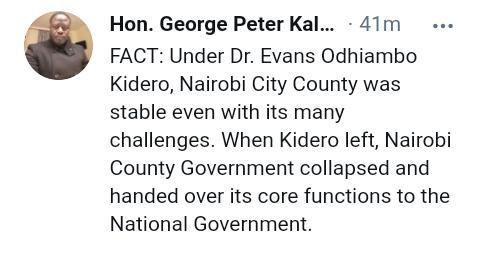 Evans Kidero is eyeing to succeed governor Cyprian Awiti as the next governor for Homa Bay county while his former deputy, Jonathan Mueke is also eyeing to unseat governor Charity Ngilu as the next Kitui county governor.