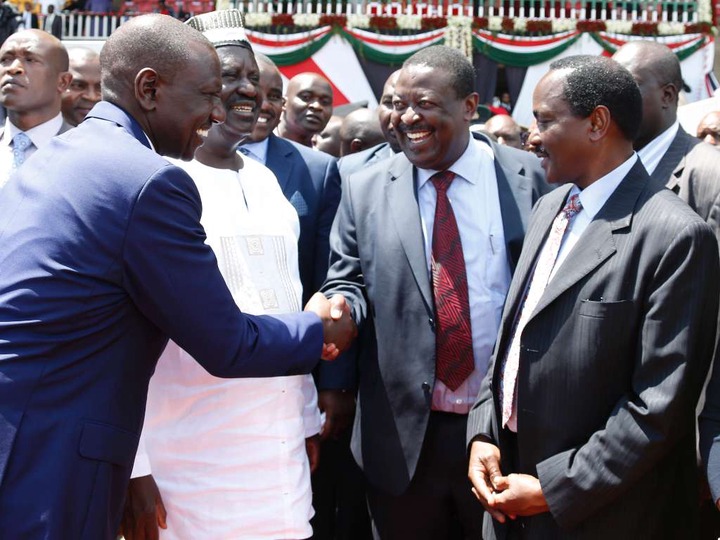 As electioneering period is coming closer to the general elections, opinion polls shows William Ruto and Raila Odinga are the main presidential competitors. Both the two are attending Campaigns rallies across the country to convince Voters ahead of polls. 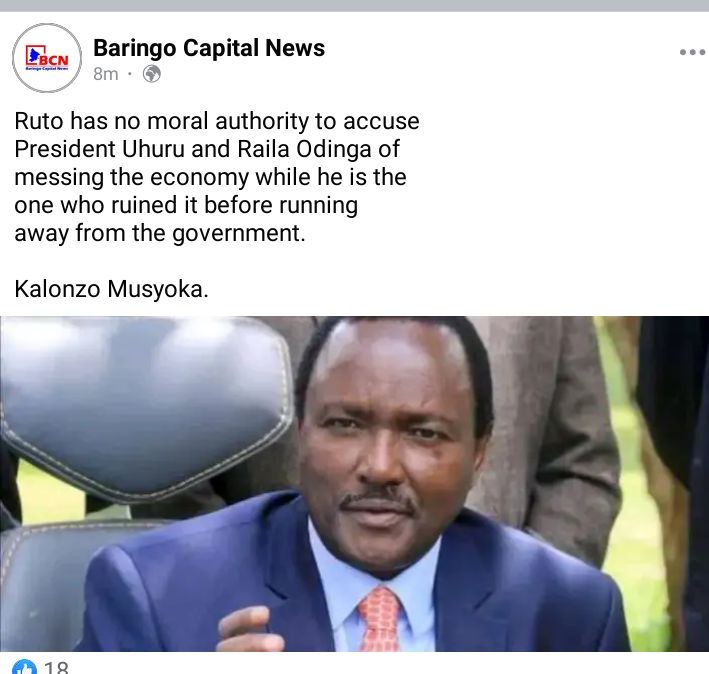 According to Baringo News, Azimio Principal and Wipers party leader, Kalonzo Musyoka has faulted Kenya Kwanza presidential candidate for not respecting his Boss, President Uhuru Kenyatta. Kalonzo Musyoka and other Azimio leaders have been accusing William Ruto for abandoning and talking bad of Uhuru Kenyatta. Kalonzo Musyoka claimed William Ruto is responsible for all Jubillee government failures since he ran away from his responsibilities after ruining the economy through misappropriation of Kenyans resources.According to what William had been saying that he contribute alot in formation of Jubillee government, Kalonzo had dismissed citing that he only contribute 20 percent of the Jubilee victory in both 2013 and 2017 election. He urged William Ruto to give thanks to Uhuru Kenyatta for nurturing him politically.“Ruto has no moral authority to accuse Uhuru and Azimio One Kenya Alliance presidential candidate Raila Odinga of messing the economy while he is the one who ruined it before running away from the government,” said Mr Musyoka.