By Adelide (self media writer) | 3 months ago 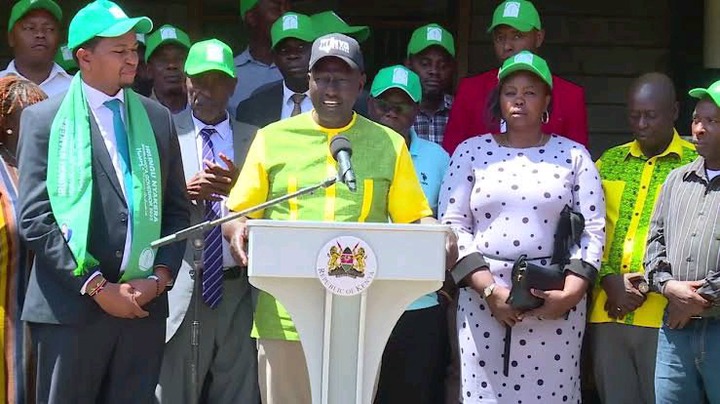 Irungu Nyakera, the head of the Farmers Party, has placed the blame for the ongoing tensions within the Kenya Kwanza alliance squarely on the shoulders of President Uhuru Kenyatta.

Although he has been vocal about his dissatisfaction with the coalition led by Deputy President William Ruto, he is a prominent member of that group.

Nyakera claims that it is concerning and a red signal for the Mt. Kenya region as Ruto has not made clear what he will give the region if he wins.

Now he's telling Uhuru that he should have taken the whole region to ODM leader Raila Odinga and his Azimio La Umoja instead of letting a chunk of it go to the DP.

Uhuru should have urged the region to fully support Raila in the August elections, he argues, because the region will suffer if things continue as they are today. 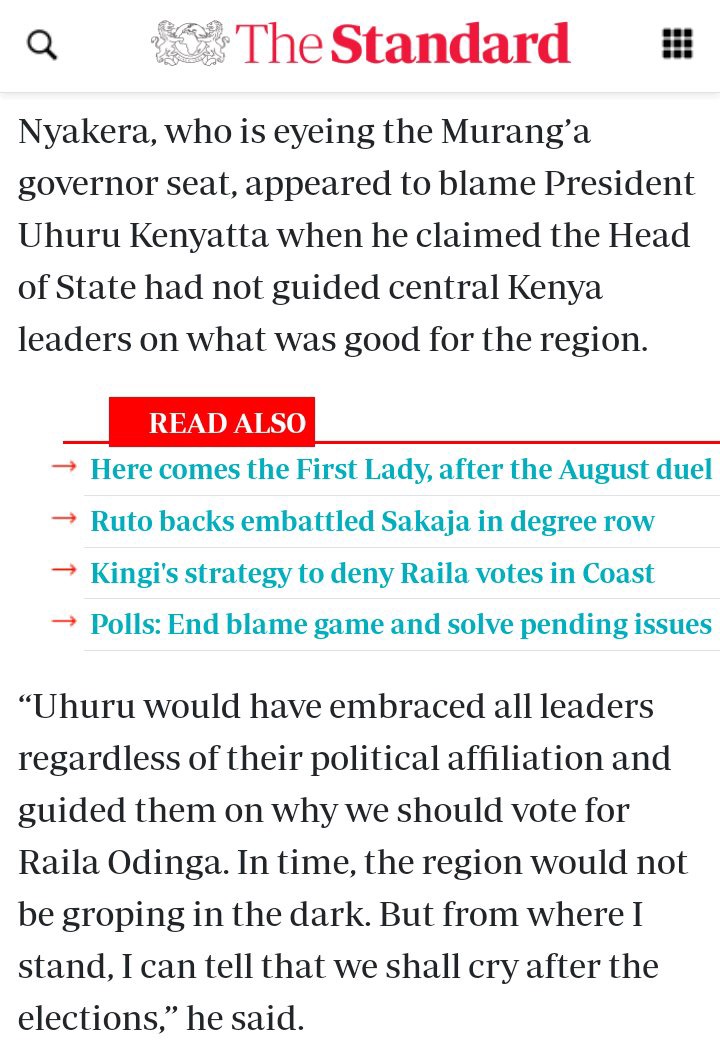 It is my firm belief that Uhuru would have encouraged all political leaders to support Raila Odinga because of his inclusive nature. This area would eventually stop floundering around in the dark. According to The Standard's quoting of him, "From where I stand, I can tell that we shall mourn after the elections."

As a result of Ruto's silence regarding his plans for the region, it is obvious, in his view, that he may forsake it after winning, which would be disastrous, he adds.

Nyakera claims that when he presses Ruto for the coalition pact, all Ruto tells him is that the region will be represented in government and that he should not be concerned.

It is time for Ruto and the UDA to lay forth their plans for the region if they are elected. After the deal was signed, "they were to share the details with us, and we need to know what those details are in terms of education and other sectors," he said.

The Kenya Kwanza regional leaders, of whom he is one, have accused UDA of bias against party affiliates, and he is among them.

Lady Takes Lecturer To Police For Denying Her Exam Results, Say She Refused To Sleep With Him

Akothee Speaks As She Discloses Her TBT Photo

Good News To Parents About CBC As Wilson Sossion Said The Following.

PHOTOS: Ledama Olekina Rocks with a New Hairstyle at the Official Opening of the 13th parliament