By MacmillanNyaberi (self media writer) | 12 days ago 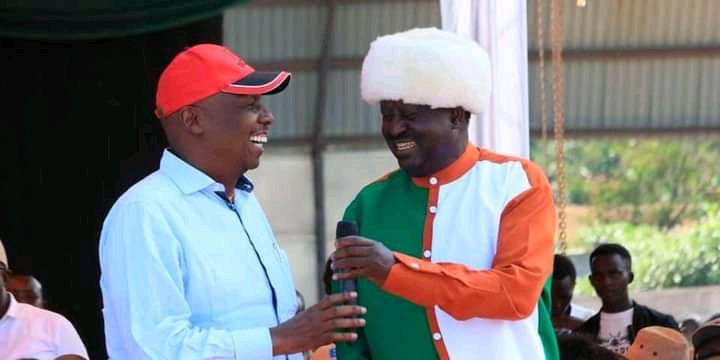 To William Ruto and his entourage, COTU secretary general Francis Atwoli is not one of their greatest friends. The latter is among anti-Ruto crusaders who are working around the clock to ensure that whoever inherits Uhuru Kenyatta does not have William Samoei Ruto for names.

Atwoli has been consistent in propagating his Ruto-will-never-be-the-president prophecy. Though pro-Ruto crusaders have downsized him as an illusionist, Atwoli could be right after all with his latest score posing a threat to William's career than his prophecy did. 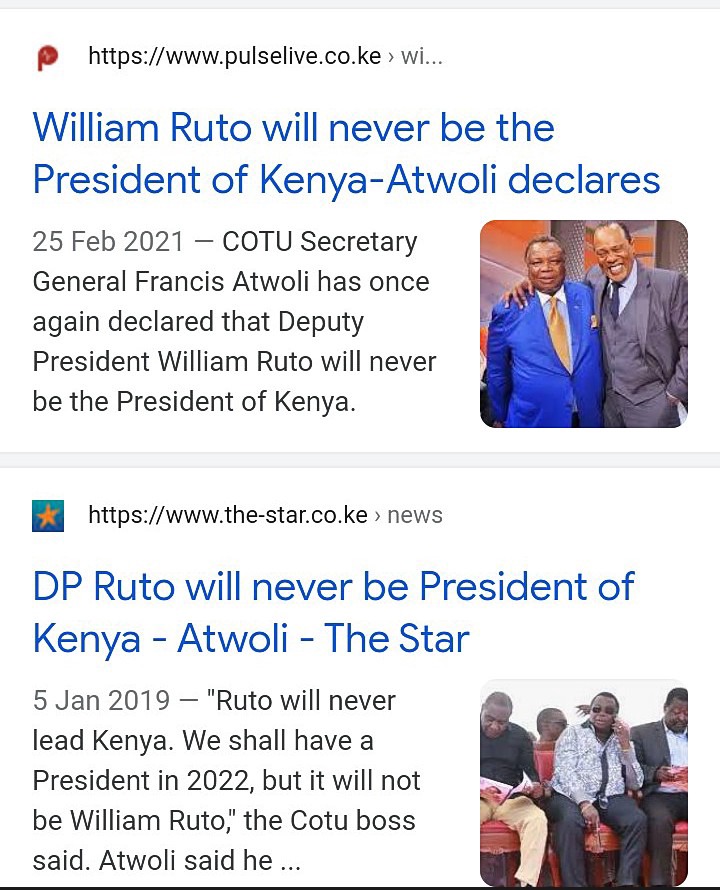 The outgoing Kakamega county governor Wycliffe Oparanya held a consultative meeting with Western Kenya leaders a consensus that later anointed Atwoli as their chief negotiator. The outspoken trade unionist was tasked to lead the community and ensure they get their rightful share in the next government.

Atwoli's coronation has spelt doom to Ruto and his statehouse bid. Hitherto, political pundits are of a strong conviction that a united opposition will be the end of William and his promising political career. Uhuru's attempt to reunite ex-Nasa principals has since flopped but Francis will predictably breathe life to that on verge of collapsing. 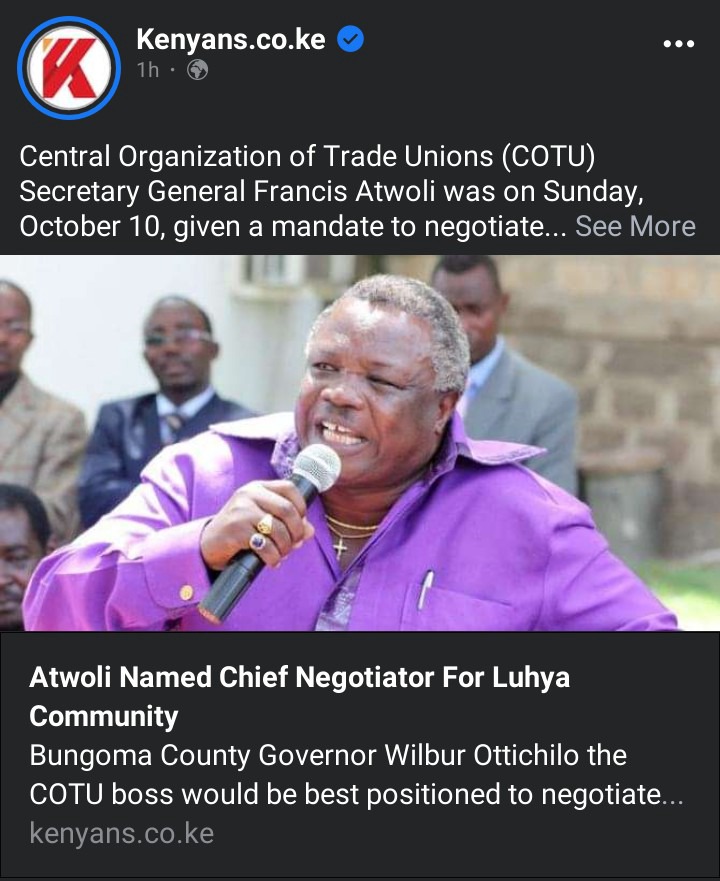 Francis is credited as a force behind Musalia Mudavadi's rise to prominence. A man capable of blossoming you could as well accelerate your downfall and this is expected of Atwoli, as a Chief negotiator, he will predictably convince the son of Mudavadi to reply Uhuru's message that way, he will pave way for his greatness.

With Musalia in Raila's bandwagon, Murathe's pro-Raila prophecy will ultimately come to pass. Jubilee party vice-chair had foretold that 2022 presidential race will be Raila's and by reuniting opposition to face Samoei, chances of them winning with a landslide are high.