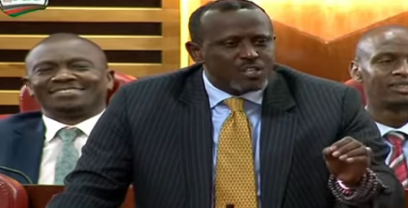 The members of parliament on Tuesday, in their first sitting, after President William Ruto opened the 13th parliament last week, had a lengthy discussion on which political formation has the majority between Azimio La Umoja One Kenya Alliance, and Kenya Kwanza Alliance.

Those in Azimio argue that based on the agreement with the Registrar of Political Parties, they have the high numbers, while those in KKA claim that the are the majority based on the Standing orders, constitution and after welcoming a section of Azimio defectors.

Making his submission, Mandera North member of parliament Abdullahi Bashir, and who was elected during the August 9th elections under the United Democratic Movement, UDM party, said that they are in Kenya Kwanza Alliance and not Azimio. 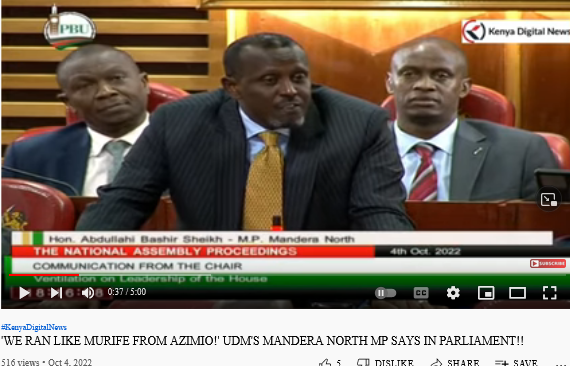 In his remarks, the UDM deputy party leader said that no agreement in Kenya can surpass the constitution, which provides for the freedom of movement, and association.

"The Azimio One Kenya coalition party has a council, and for the records, UDM is not represented in that council. We are no longer in Azimio, we have moved away from you, in fact we have 'ran like Murife' from Azimio. The eight of us here from UDM are in KKA," he said causing laughter.

Bashir went on to noted that the Standing Orders states that the clerk of the house will seek the coalition agreement from the ORPP, and what the Azimio side had acquired was a letter from Anne Nderitu, and not the agreement saying that the agreement had blank papers.