By Thegreat&amp;amp;sweetwritter (self media writer) | 8 days ago

While meeting the Mt Kenya youths forum at the university of Nairobi, the former prime minister Raila Odinga has prophesized at his much awaited presidency as he express how he wants to save Kenyans.

Raila Odinga met the leaders led by SK Macharia among other leaders at the meeting. Raila hinted that his presidency will be like the Nelson Mandela style as he promised to save Kenyans from from the current situation facing them.

During the meeting, Raila hinted at how the handshake between Uhuru Kenyatta and Raila Odinga is planned to save Kenyans from the repeat of the 2007 post election violence.

Raila Odinga hinted how they plan to save the repeat of the 2007 polls as he promises how he plans to save Kenyans from such an act.

The former prime minister also narrated how he he humbled himself to ensure Kenyans becomes a peaceful country.

Mr Odinga also added that the high economic times facing Kenyans are likely to be over as he promises Kenyans of good times during his expected tenure as the president. 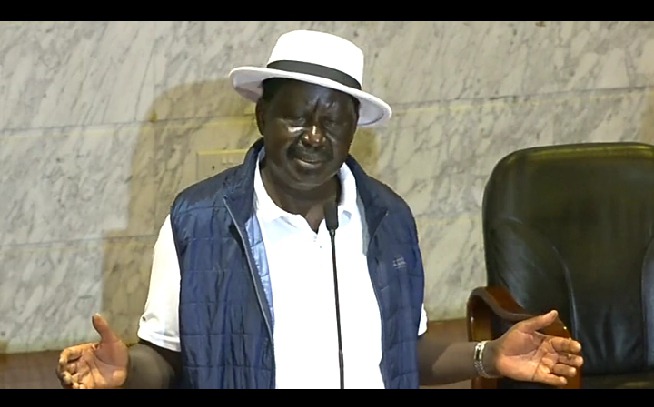