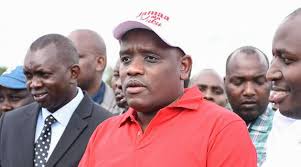 The Hustler Nation Intelligence Bureau (HNIB) agents have recently reported details of a secret meeting held in State House. The meeting that was claimed to attended by powerful leaders like CS Fred Matiangi, IG Mutyambai among other powerful leaders.

Dennis Itumbi has cried foul over the meeting and claimed that Interior CS Matiangi, IG Mutyambai and Moffat Kingi who wrote to Inspector General of Police, Hillary Mutyambai to seek arming of chiefs and create a militia that will be managed by the Government of Kenya.

He claimed that the team met the Judicial Service Commission and kept off all cameras. He claimed that in the meeting the trio apologized on behalf of DCI saying that the arrests were ill informed. He said that the trio also apologized for the alleged search that they found money in the judges chambers. Itumbi claimed that the search was crudely done and unnecessary. He said that the team said that such acts will never happen again. He allged that for such actions never to be repeated a joint committee was formed to ensure a protocol is established for handling such matters in future. He said that DCI and the Hustler Nation Intelligence Bureau agents have confirmed that they have no problem in lying even in court documents. 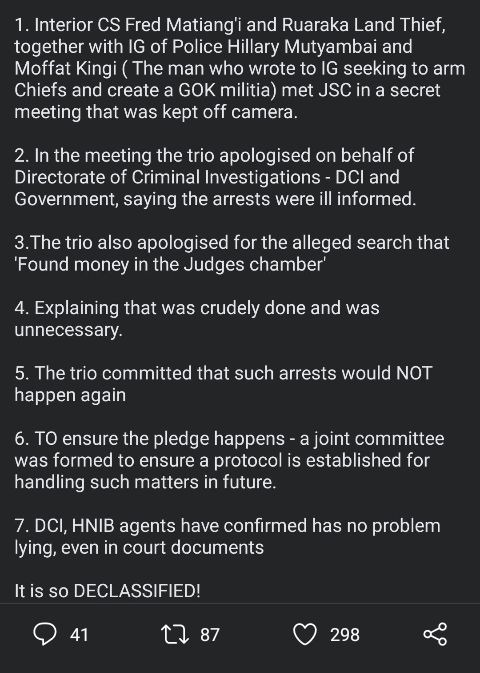 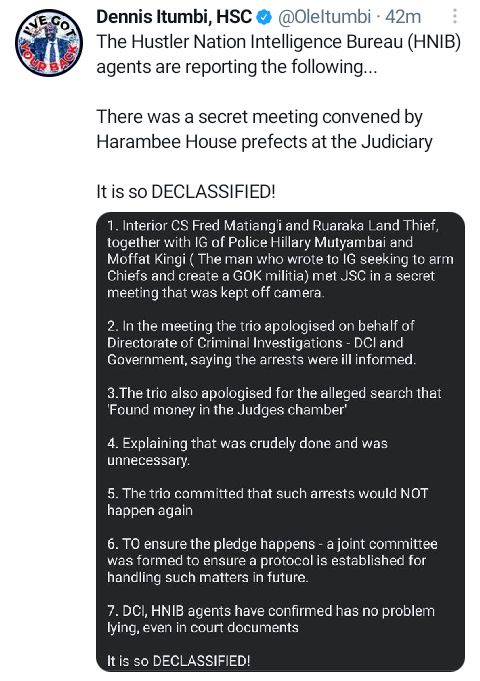