ODM Could Unknowingly Be Making This Terrible Mistake (Opinion)

By CherryMarvin (self meida writer) | 7 days

ODM affiliated with The former prime minister has really defied all odds to be on the limelight for over ten years now. The former president Mwai Kibaki and Uhuru Kenyatta can attest to the fact that competition with ODM is not a walk in the park. 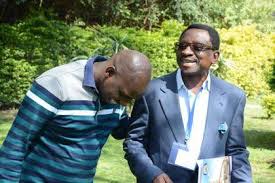 But the recent wrangles witnessed could generate a very great impact. The push by some members in ODM for the amendment of the BBI has created lots of disagreement amongst the party members.

Speculation have it that senator Orengo could now be removed from his position as minority leader. This could seem unfair due to his profound loyalty to the party since it's existence. 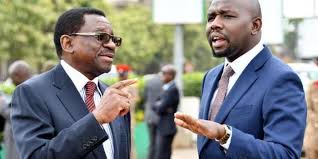 His removal could might even lead to him leaving the party which could be a major setback due to his increasing number of followers. He also has been a great impact to the party both in and out of the senate. This could be witnessed after 2017 elections when he represented the party in court with claims of rigged elections and won leading to another presidential election.

Do you think it is right for Senator Orengo to lose his position? Share your opinion.

Content created and supplied by: CherryMarvin (via Opera News )

An Invited Head Of State Misses Museveni's Inauguration Due To Death. Rest In Peace