By Aalganon (self media writer) | 2 months ago 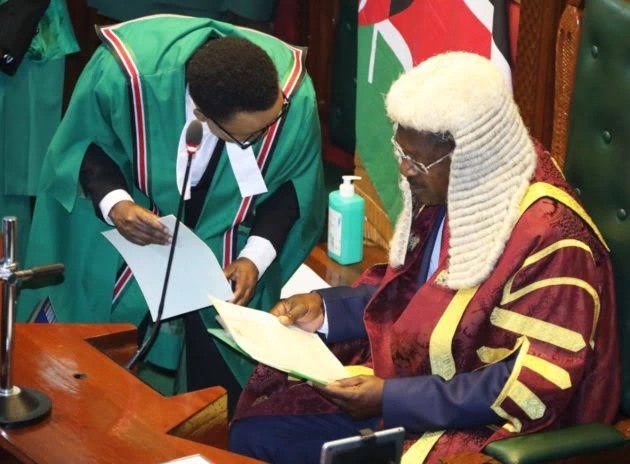 Those close to Wetangula suggest that the speaker is secretly backing Mr Wakoli to avoid trouble with UDA men in the district who are pressuring Ford Kenya to pull out of the race.

UDA loyalists in the district, led by former Bumula MP Mwambu Mabonga, last week called Wetangula's party to drop out of the race in favor of UDA. Mr Mwambu personally and openly pitched his support to Wetangula. 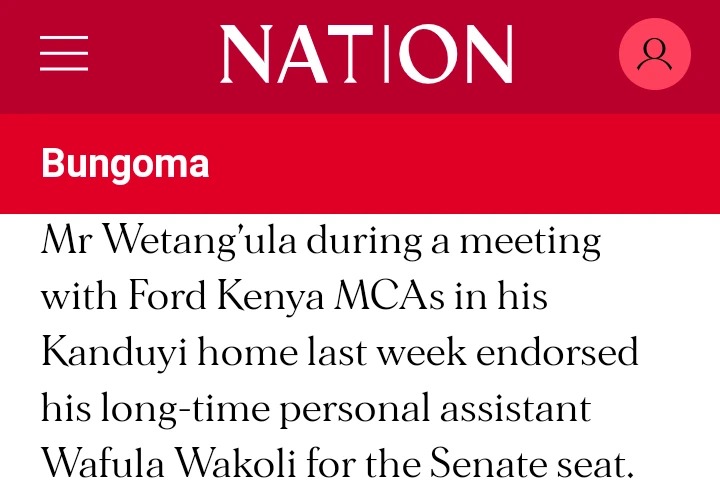 With this confirmation, the race is now between Mwambu and Mr. Wakoli. Although the UDA has three of the nine seats in the Bungoma Assembly, it will be difficult for the candidate to defeat Wetangula's (Wafula Wakoli). Many believe that Wetangula is the political leader in Bungoma and whoever he chooses will win.