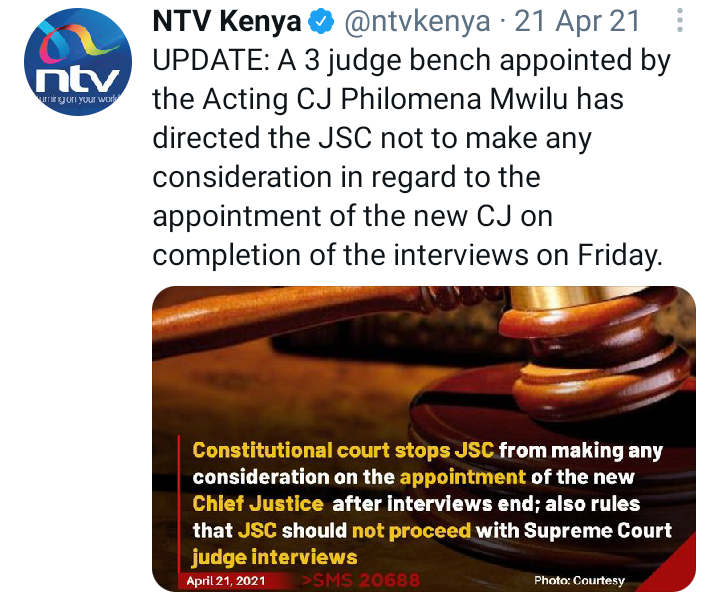 The three Judge bench has also ordered that the JSC should not make any consideration based on the appointments of the new Chief justice interviews. This is a surprise move that no one had anticipated and many await to see how the JSC will react to this. 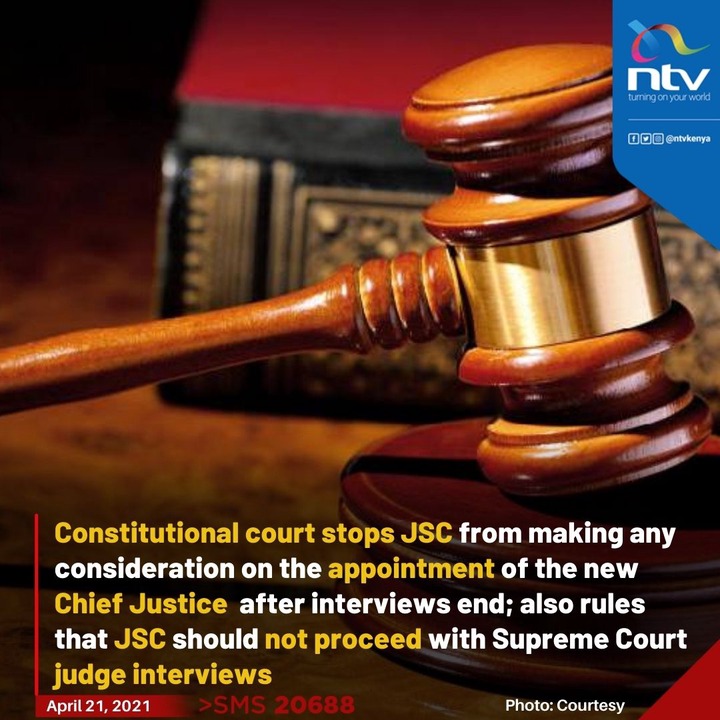 Today, JSC was interviewing seasoned Judge Ouko who is the head of the court of appeal and if anything is to go by, he seems to be the favorite among Kenyans online. The eloquent and outspoken judge wowed many Kenyans with how he was presenting himself before the JSC and how he answered questions. 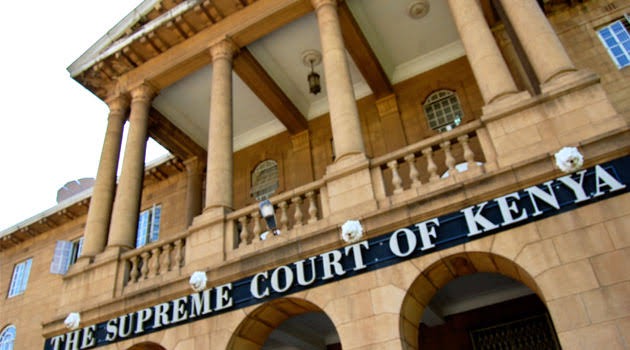 Ouko, however, has a tough battle with the other judges who have been interviewed as they are also very qualified. He, has, however, stood out for Kenyans among them all and many await to see who will be picked from the bunch.

Senior Counsel Fred Ngatia is also in the running and his interview yesterday was marred with some controversy when asked to explain his relationship with the president. Fred Ngatia answered that the president is only a client to him and that the JSC should not write him off based on who he has been representing.

Senior Counsel Philip Murgor went ahead and even told the panel that he does not care if he does not get the Chief Justice position. This did not augur well with a lot of Kenyans but we await to see who will win.

This latest directive from the three Judge bench will certainly put things on hold but with time, we will find out who will be CJ. The seat was left vacant in January after the retirement of Maraga. Philomena Mwilu took over as acting Chief Justice until the country appoints a new one.