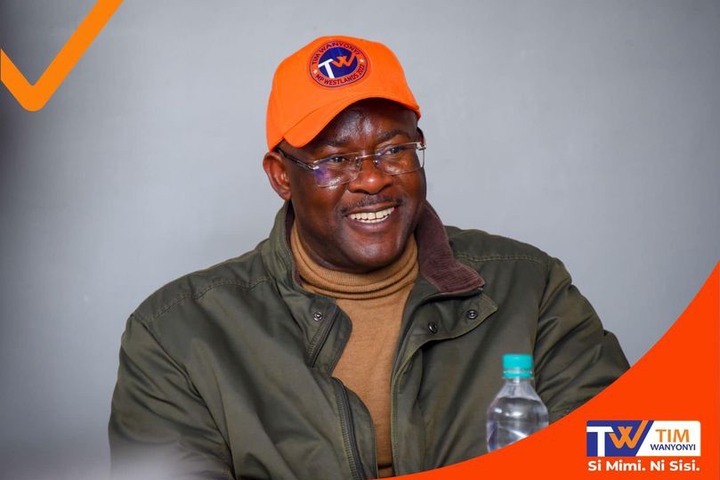 Westlands Member of Parliament Tim Wanyonyi now wants Azimio candidates to respect and accept the coalition council’s directive of zoning in a bid to strengthen the party.

The legislator, asked his colleagues in the coalition to see the bigger picture and accept the zoning exercise saying it was the best for the party in its bid to ascend to power.

Speaking in Nairobi on Tuesday, June 28 during a meeting at Nyayo stadium, Mr Wanyonyi said he was the first casualty and that he had accepted to drop his gubernatorial bid for the sake of the party.

“I was told about zoning and I humbled myself and accepted to back down. When baba and Uhuru called me to State House, I knew they respected me because they would have easily told me to drop my bid.

“So, if you have been asked to drop your bid, you have to tore the line and respect the orders of our leaders,” he said amid thunderous reception from the crowd.

Mr Wanyonyi, had been on the campaign trail for the Nairobi gubernatorial seat for close to five years but had to drop it after intensive talks between ODM leader Raila Odinga, President Uhuru Kenyatta and himself over his bid.

He dropped his bid in favour of Jubilee’s Polycarp Igathe who was a late entrant in the race. He is now defending his Westlands seat for the third time.

There has been resistance to the zoning criteria by the Azimio council with most affected candidates saying they will not accept it.

The latest casualty of the zoning is Jubilee’s Mathare constituency aspirant Bahati Kioki who has been told to shelve his ambition for ODM’s Anthony Oluoch who is the incumbent.

At the same time, Mr Wanyonyi said as the Azimio Nairobi team, they will ensure that they deliver the city to Raila starting with Mr Igathe to the County Assembly.