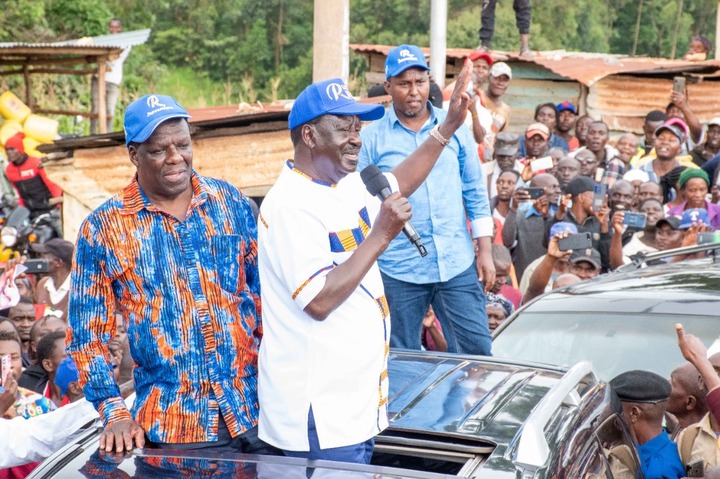 City Lawyer Donald Kipkorir has now come out boldly to defend his political master Raila Odinga over claims which his top political rival DP Ruto has been making against him.

In the recent days since the onset of the Kenya Kwanza countrywide economic forum, the DP has been heard several times calling out Raila to be a big betrayer in the field of politics.

Taht is by bringing out the issues the led to the fall of NASA coalition where he accused his rival for betraying his partners like Kalonzo, Mudavadi and Wetangula.

Another betrayal claim comes in the current case of the Wiper leader Kalonzo Musyoka whom the DP believes that he was to be awarded the running mate position in Azimio La Umoja only to realize later that the position was already reserved for Martha Karua.

However, according to Lawyer Donald Kipkorir, Raila has only tested power once and that is in 2007 when he became the Second Prime Minister in the history of Kenya.

And by then, he ensured that those people who helped him, and I mean members of the ODM pentagon and beyond, were appointed for various government positions and more so in the cabinet.

Among those who benefited in during the time were Ole Ntimama, Kones, Charity Ngilu, Wycliffe Oparanya, Amason Kingi, Dalmas, Mutula Kilonzo, Najib Balala and never to forget DP William Ruto and ANC leader Musalia Mudavadi who are currently accusing him of being a political betrayer. 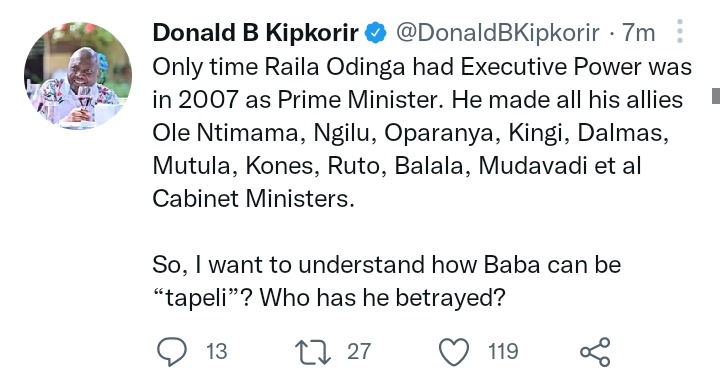 Police Officers on Leave Recalled to Prepare For Polls