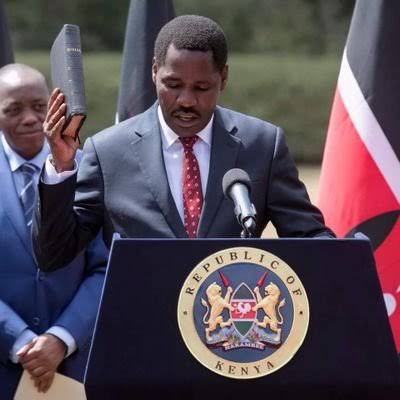 Alleging details while giving out his prediction, Deputy president William Ruto's strategist Dennis Itumbi has allegedly Revealed that Agriculture Cabinet secretary Peter Munya will be the Chief Minister in the incoming Government.

Alleging details, Dennis Itumbi gave out his prediction that Martha Karua is the Running Mate of Raila Odinga. Dennis Itumbi has further added that Wiper Party Leader Kalonzo Musyoka has been played in Azimio La Umoja one Kenya Alliance camp as he has decided to move apart. 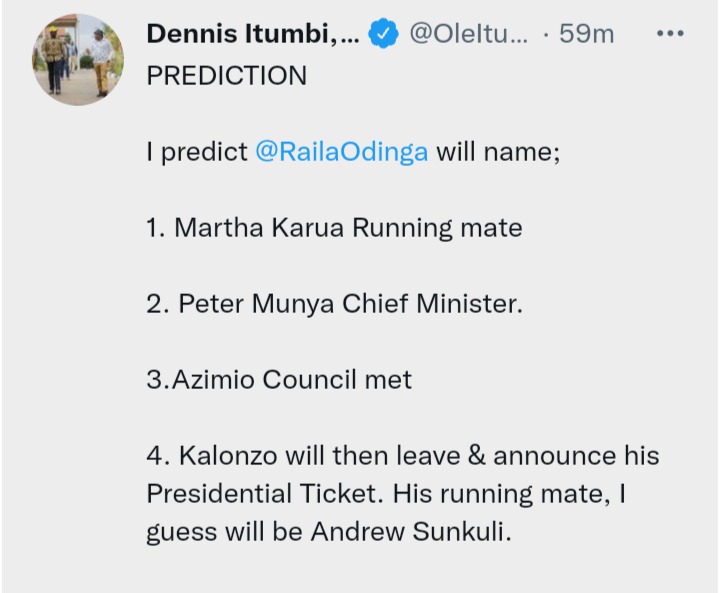 The Agriculture Cabinet secretary Peter Munya has been the key ally to Azimio La Umoja's chief Raila Odinga who has been beating the drum for Raila Odinga's Presidential bid in Mount Kenya Region. According to Hustle Nation's spokesperson Dennis Itumbi, CS Peter Munya will be given the slot of Chief Minister.