By Jonmo (self media writer) | 3 months ago 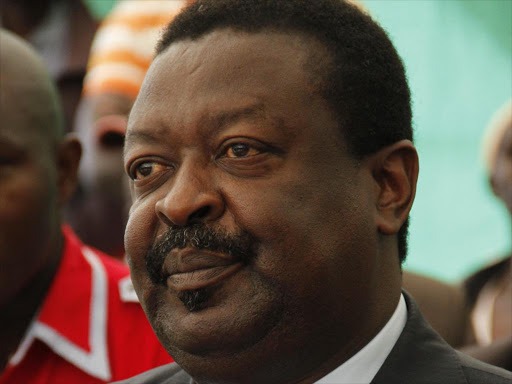 Today honourable Musalia Mudavadi alias his earthquakeness, has released the much hyped earthquake at Bomas of kenya. In what was expected to be Amani National leader political reborn was indeed fruitful. Many politicians some who were deemed close ally were shaked. This is proved by his counter parts in one Kenya alliance, Gideon and Kalonzo who left the Bomas, on learning what was to happen. The ANC leader formally joined the hustler nation brigade to try and form the next government.

However, this has not ogrred well with COTU secretary general, brother Francis Atwoli. Taking it to his twitter handle, Atwoli reminded Kenyans the nasty things Musalia did while in government back in 1994. He stated that, while the minister for finance, Mudavadi sneaked in redundancy clause into finance bill of 1994. The bill allowed employers to declare redundancy without consulting workers. In this regard, Atwoli wonders how Mudavadi will protect workers as he pledges. 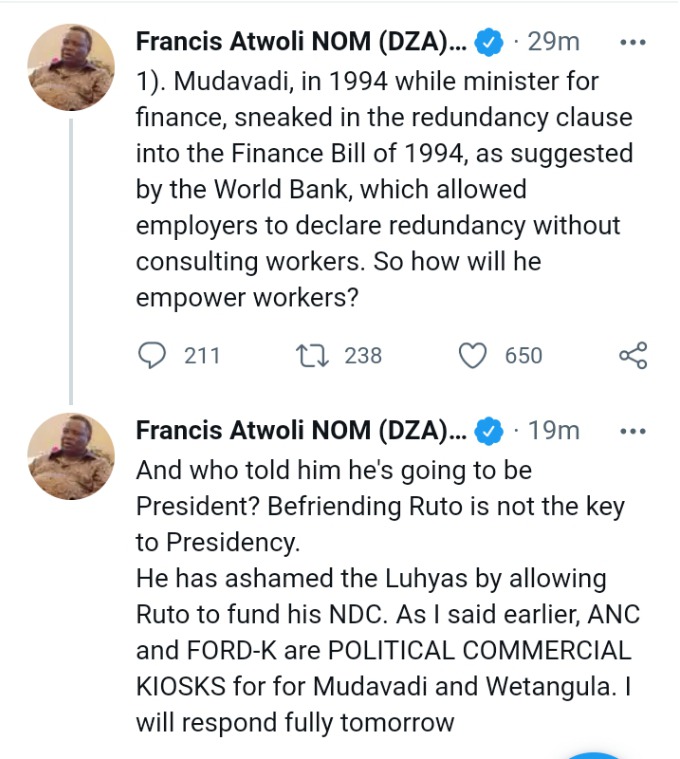 Furthermore, Atwoli tells off Mudavadi to forget presidency, as befriending Ruto is not a get pass to the country's top job. According to Francis, ANC leader has ashamed the Luhyas by allowing Ruto to fund his NDC. And reminds Kenyans that ANC and FORD Kenya as commercial political kiosks. He promised to spill more as from tommorow. Indeed politics is a game with long term enemies or friends.

Content created and supplied by: Jonmo (via Opera News )