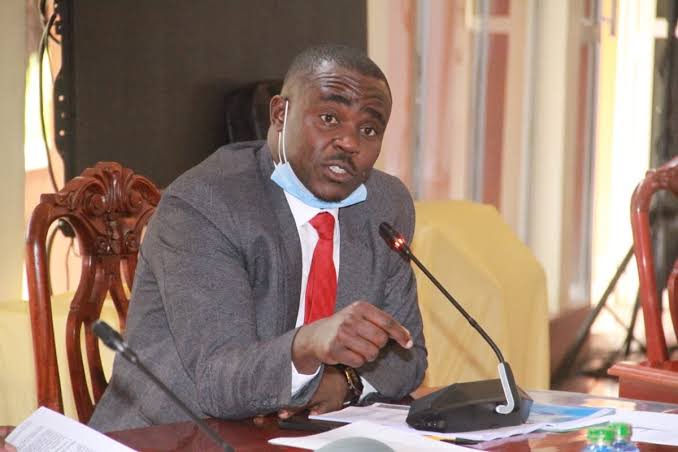 On One Kenya Alliance team, things are worsening as one accuse the other after another. Cleophas Malala has come out to accuse his Baringo counterpart Gideon Moi. Malala was speaking in a local TV station saying that Moi is the weakest link in the One Kenya Alliance (OKA).

Earlier Moi had maintained that OKA was working on coalition agreement that would being on board ODM leader and the Head of State.

"We are disappointed as One Kenya Alliance foot soldiers when we see some of our principals having weak body language politically. Recently you heard senator Moi stating that we are working with Raila Odinga," Malala stated.

Malala who is eying gubernatorial seat recommended that Moi should withdraw KANU from the coalition agreement that they had signed with Jubilee party. He added that the ruling party was already working o coalition with ODM.

"We made the brave step of moving out of NASA to come and form OKA. We want to challenge our brother in KANU to move out of the alliance with Jubilee and come and concentrate in OKA. You cannot exist in two coalitions at the same time,” Malala said.

He further challenge KANU leader that OKA will not be a branch of ODM saying that the coalition is viable if they come together.

"OKA is a viable idea when we are together. The moment we start contemplating and thinking that we are going to be a branch of ODM then we weaken the entire plan and strategy," Senator Malala said.

Malala insisted that Amani National Congress would not support any coalition pact with Raila. He said that ODM was dominating in their previous NASA coalition.

"We cannot again pull out of NASA because of the reasons that are well known, then, later on, we are taken back to Raila. We have stated as ANC that we are not going back. Raila is not part of our options," the Senator explained.

ANC leader Musalia Mudavadi distanced himself from Malala's sentiments saying that they are looking forward for OKA to continue with their coalition arrangement.

Mudavadi added that OKA had plans to announce their presidential candidate next year. However, he stated that the process would take more time than they anticipated.

Is the dead sea really dead