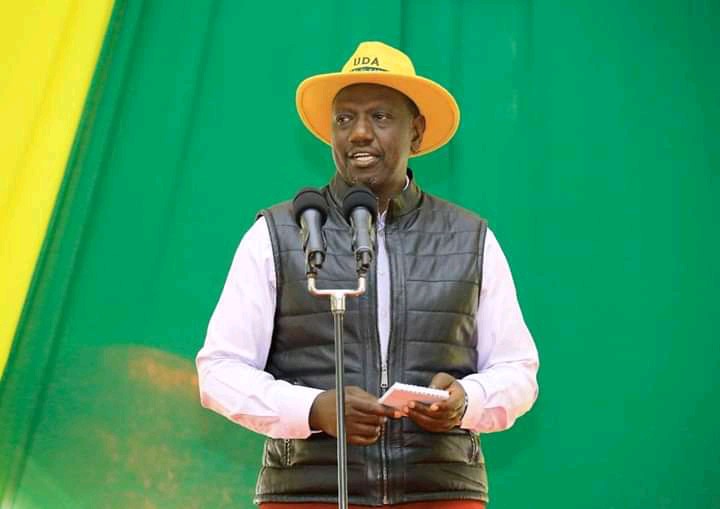 Deputy President William Ruto is very serious with regards to his vow to empower the youth and the poor if elected president, his close ally and think-tank in the economic sector David Ndii has revealed.

Ruto has promised to set aside Sh100 million per constituency annually towards empowerment of small entrepreneurs and the youth once in office.

With there being 290 constituencies in the country, this amounts to Sh29 billion a year, with the DP terming this part of the 'Bottom Up' model which he seeks to use to lower poverty levels in the country.

“We will allocate that amount to the mama mboga, wheelbarrow pushers and cart pullers,” he has said, an ambitious plan whose implementability his critics have began questioning.

But Ndii has said that this is doable, and told The Sunday Standard that Ruto will use money set aside for infrastructural development to fund the plan, adding that there is enough money for the job. 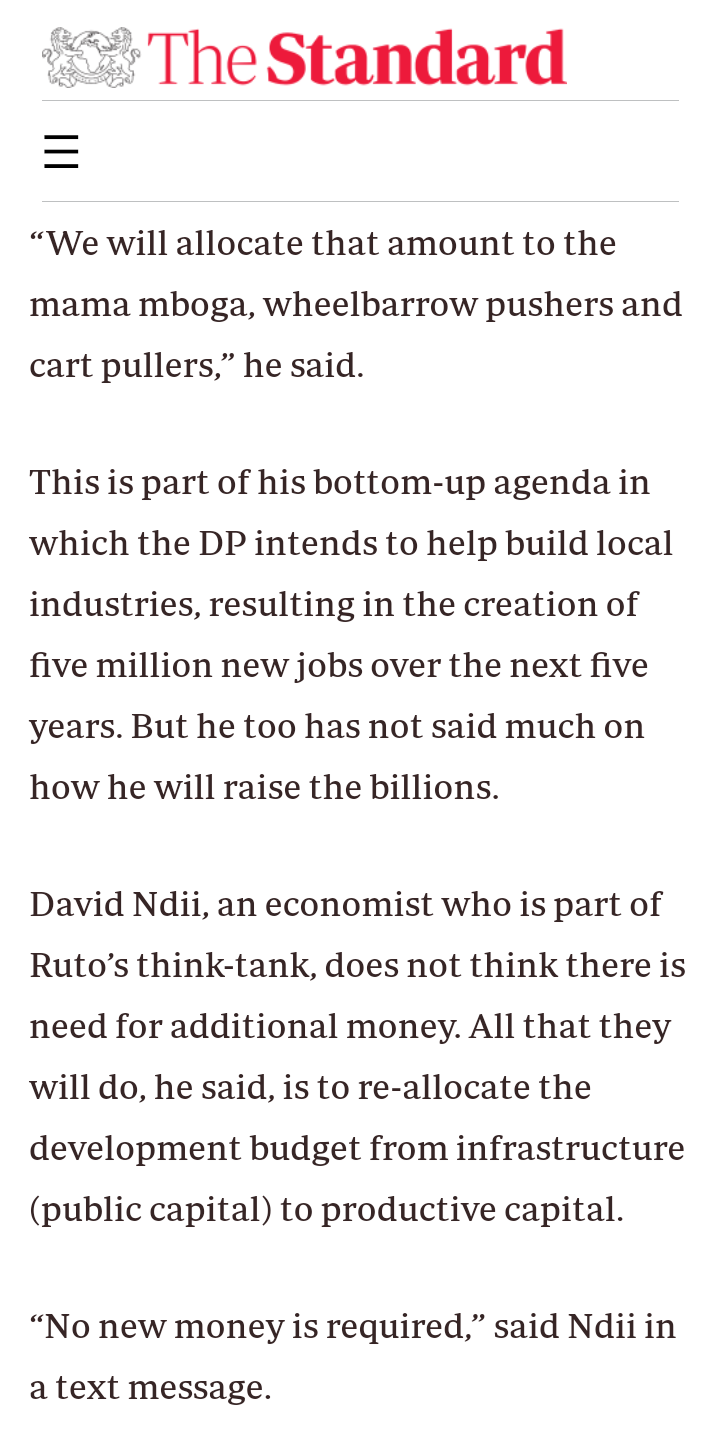 “No new money is required,” Ndii told the paper.

But this means that the country could for some time remain stagnant with regards to Infrastructural development, given that funds for this sector, according to Ndii, will be channeled elsewhere.

The DP has on his side not been very clear on how he intends to raise money to fulfill the promise, even as he says that his plan is to save the youth from joblessness and negative credit rating at the CRB.

He has held that it is time Kenyans were empowered directly as opposed to the usual trickle down strategy, which he says has been tried since independence but has failed to deliver the wanted results.

He has also promised to complete the development projects that President Uhuru Kenyatta will not have finished by the time he leaves power next year.

"Atwoli is the Biggest and Most Important Arrow in ODM'S Quiver ", Ahmednasir Declares

"People Will Abandon You, You're Taking Them To Political Wilderness" Presidential Candidate Warned