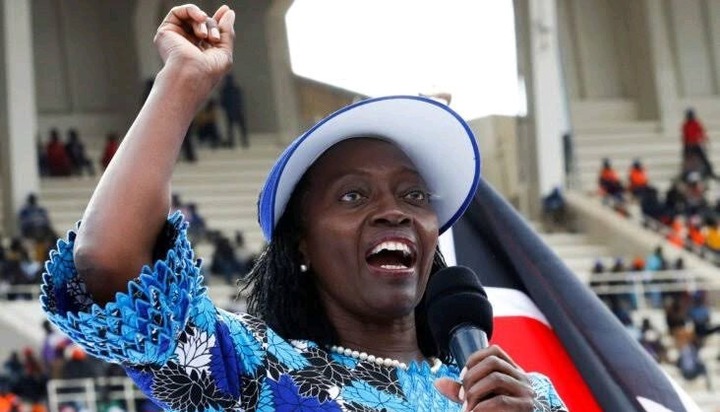 Four days after Dp Ruto was declared the winner of the recent elections, Martha Karua, the Azimio coalition's running mate, sent a message to Kenyans and the Kenya Kwanza team.

According to his message, the Azimio team is still looking into legal options to challenge Ruto's victory, claiming that Wafula Chebukati denied Kenyans justice after announcing Ruto as the President-elect.

Karua believes that the Supreme Court will provide them with justice, and that the final decision of the judiciary will have an impact on the polls. 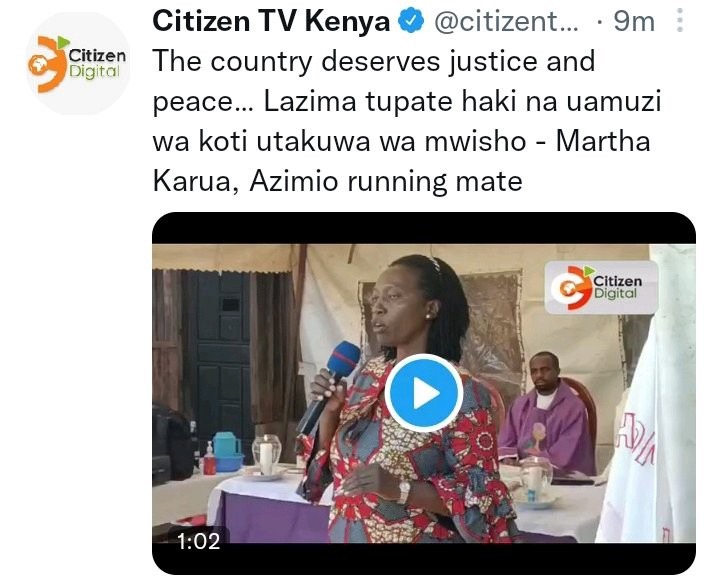 Raila Odinga led the Azimio team in rejecting the presidential results on Tuesday, promising to go to court for justice. However, three days later, Raila has not filed any case in the Supreme Court, despite the fact that time is running out. President Uhuru has also been hesitant to congratulate Dp Ruto on his election as president-elect, indicating that he is giving Raila time to file a case in the Supreme Court.