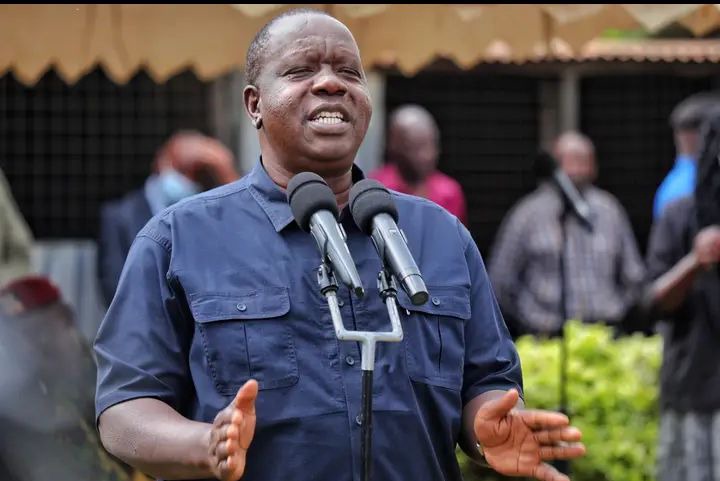 Cabinet secretary for interior Fred Matiang'i has come out to clear the air about the ongoing feud between Ruto and the Inspector General of Police,Hilary Mutyambai.While addressing a rally in Nyamira on Friday 1st July the cabinet secretary blasted the deputy president for saying that the inspector general of police was the most incompetent in the history of Kenya. 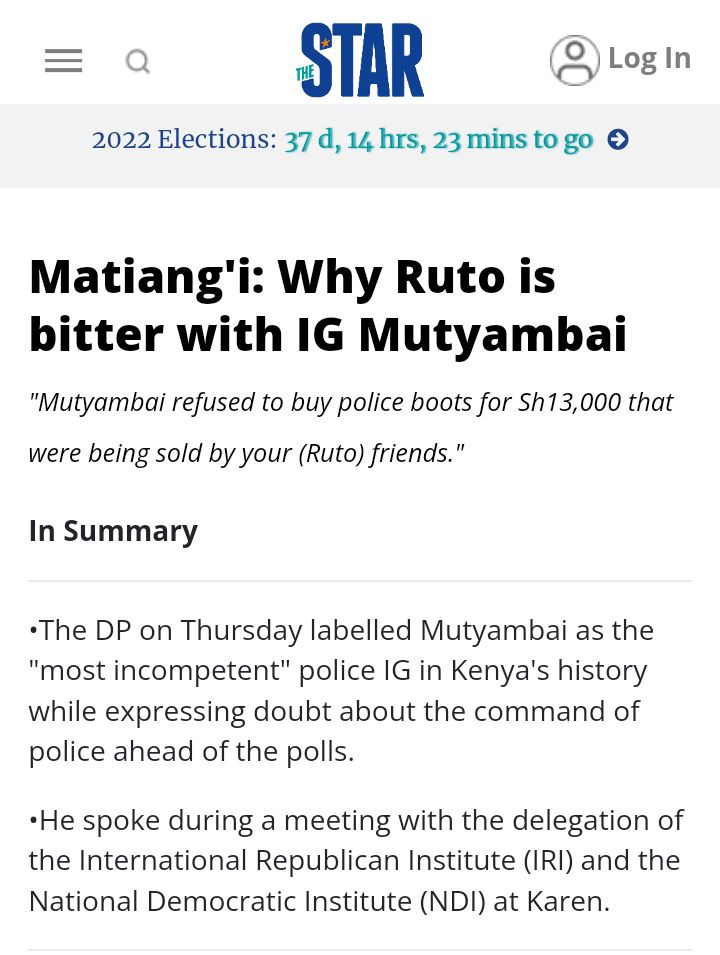 Fred Matiang'i who is a super Cabinet Secretary after being allocated some of Ruto's duties under gazette notice executive order 1 was speaking in the presence of Azimio One Kenya alliance leader Raila Odinga.Matiang'i came to the defence of Mutyambai who is the head of the National Police service.He lashed at Ruto revealing that he was only bitter because he was denied some tenders that were under the office of the Inspector general.The Star newspaper reports that Matiang'i said that he Ruto and his friends had wanted to inflate the prices of bullet proof vest.This prompted the Inspector General to buy directly from the manufacturers.Also the inspector general refused to buy boots from Ruto and his cronies at 13,000Kshs and instead opted to buy at 2900 Kshs.

The lashing at Ruto comes days after Ruto made demeaning comments about the IG Infront of foreign delegations drawn from the International Republican Institute (IRI) and International Democratic Institute (IDI) who were on a pre-election assesment tour ahead of the elections.Ruto blamed the IG for incompetence over the violence witnessed in Kondele,Kisumu,Elgeyo Marakwet and also in Nairobi at Jacaranda Gardens.The delegates were led by former Nigerian president Jonathan Goodluck. 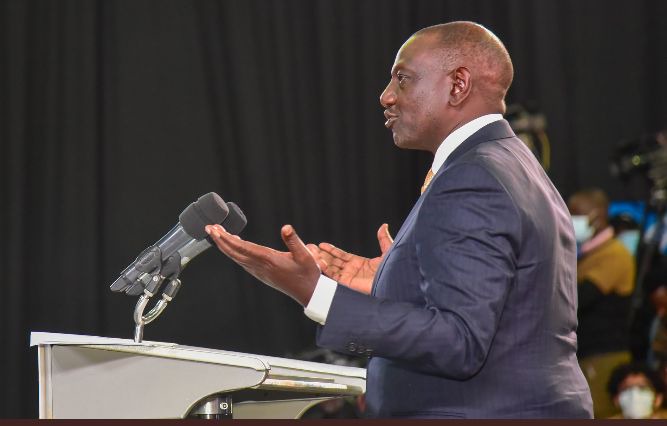 Mr Ruto's statements were the begging of the feud with Matiang'i. 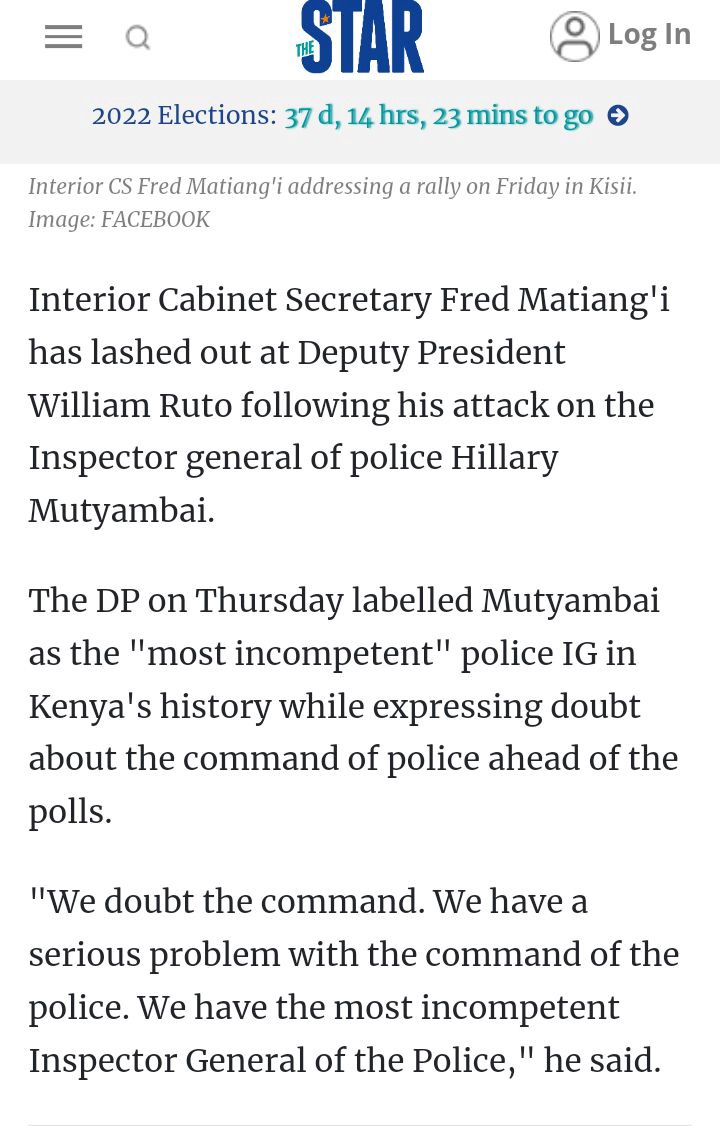