Popular political analyst Mutahi Ngunyi has reacted to William Ruto's latest incident where an agitated Deputy President could not hide his frustration towards a rowdy youth who appeared to heckle him during his campaign rally.

In a video shared by Ngunyi, the second in command tells off the youth to maintain decorum during his rally by observing discipline since it was the DPS meeting he had attended.

According to Ngunyi, Ruto venting his anger towards the youth was a clear picture of his true self and argued that the DP was finally showing his true colors where he appeared to lash out at the youth and Governor Kiraitu Murungi. 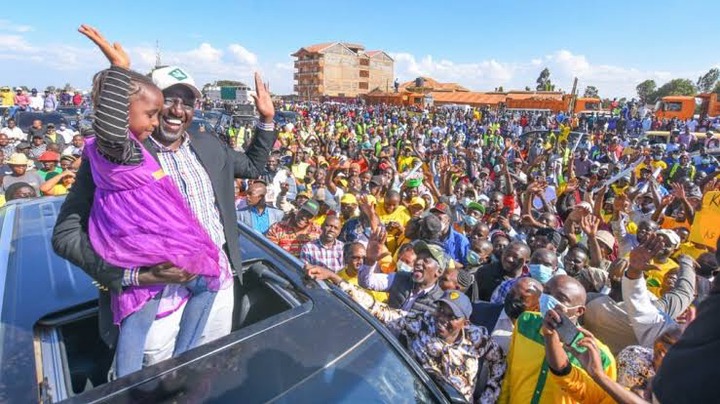 "ANGER: Ruto BOOED in LAIKIPIA. Then he tells KIKUYU youth opposed to him to "STOP being STUPID". He also called Kiraitu STUPID. If your OPPONENT is a man of CHOLERIC temper, IRRITATE him and his TRUE colours will SHOW. The Hyena is SHOWING its SPOTS. Or AM I wrong? #InBabasHands." Ngunyi Tweeted.

The controversial analyst has been voicing his support for former Prime Minister Raila Odinga and his latest sentiments about the DP will not be a surprise to the TangaTanga camp who have become accustomed to attacks from him. 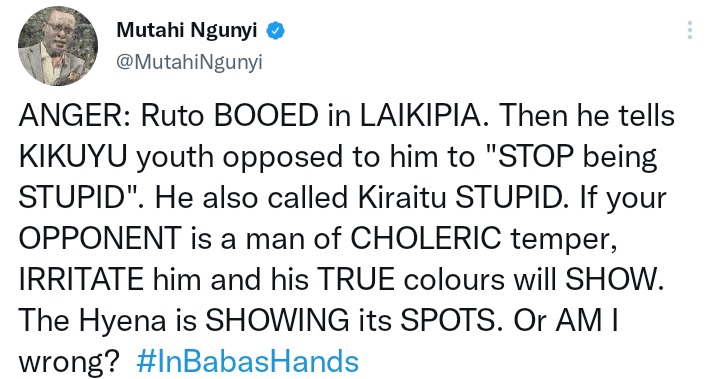