From Hawking Vegetables to a Key Raila Foot Soldier, The Rise of Simba Arati in Kenyan Politics

By LarryKatana (self meida writer) | 4 days 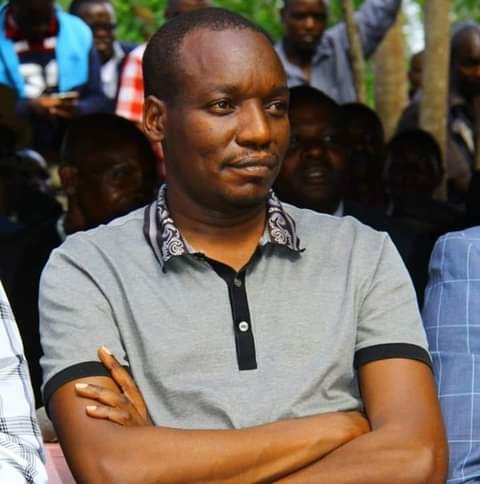 He prides himself as one of ODM leader Raila Odinga's key foot soldiers in the country today. And sometimes, he finds himself in controversial situations. But this does not stop Kenyans from admiring the rise of Dagoretti North MP Simba Arati.

Arati's rise in the Kenyan political scene hasn't been a walk in the park. At one point, when the going got tough, he was forced to hawk vegetables in nearly all Nairobi markets to earn a living.

Born 39 years ago in Kisii, the future MP had a rough upbringing. But the battle- hardened soldier never used his humble beginnings as an excuse in life.

Arati who honed his skills in student politics at Kenya Polytechnic where he graduated with a Diploma in Tourism Management in 2003.

During his time at the institution, he had to hawk vegetables in Nairobi to pay his school fees.

In a previous interview with the Star newspaper, Arati said that he has done hawking in nearly all the markets in Nairobi.

After Kenya Polytechnic, he headed to China for a degree in International Business Management. It was during his time there that he met his future wife, a Chinese national.

In 2007, Arati made his first stab at politics when he contested for a Councillor seat in the then Nairobi City Council but lost. He was however nominated to City Hall by ODM.

In 2010, he vied for Nairobi City Mayor but lost to George Aladwa.

Having been introduced to Nairobi's hard tackle politics, he successfully ran for Dagoretti North MP in 2013, winning the seat on an ODM ticket.

In 2014, he challenged Raila for the ODM party leader position. His decision baffled many. Was he becoming over ambitious?

Riding on his newfound popularity in Nairobi, he was easily re-elected in 2017.

During the chaotic Kibra by-election in 2019, Arati was blamed for the violence that was witnessed. He however denied all the allegations.

With the clock now ticking towards 2022, Arati is said to be eyeing the Kisii Governor seat. If he plays his cards well, he will easily win the seat. Yes, the former vegetable hawker is just becoming a monster in politics. Who will stop him?

Muturi Confirms His Plans On CBA & Retraining Of Teachers