Wangamati;2022 Presidential Race Is Between Ruto And Raila

He was speaking during the requiem mass of the respected businessman in Bungoma Allan Waihumbu Njuguna aka Mwereri in Musikoma ,Kanduyi Constituency.

The governor said the call for Luhya unity is a mere excuse and waste of time for the people of Bungoma. 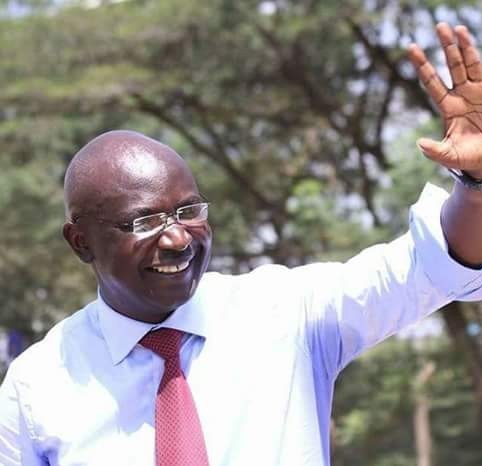 The Ford Kenya Party Leader said that the rebel groups has no mandate to convene an NDC because they are not recognized.

''Let me assure my supporters and the general public that Ford Kenya has not called for any NDC ,those purporting doing so are imposters who were kicked out long time ago'', said Wetangula.

Wetangula averred that Eseli has engaged unlawful provocation against the leadership of FK Party respects court orders ,democracy ,rules and can not engage in unlawful.

Deputy Governor of Bungoma,Prof.Charles Ngome told Senator Wetangula that only the Ford Kenya ,NDC, will solve the question of unity in Bungoma and western by extension.

Prof Ngome said Wetangula will roam the country but will not have landing in Bungoma in the absence of the NDC.

The wrangles brought about the cracks in the party with the two camps both claiming to be the genuine owners.