By Dejounte (self media writer) | 1 month ago

There has been a cloud of confusion amidst Raila Odinga's Coastal tour. Friday was his second day in the the coastal areas whereby he held several political rallies in company of his Azimio La Umoja allies. COTU Secretary General Francis Atwoli was also present 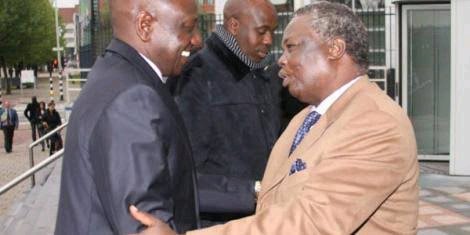 At one point, Atwoli was given a chance to address a crowd that had gathered in Kilifi. However, no sooner had Atwoli been welcomed on stage than the residents who had gathered started chanting the name of Deputy President William Ruto.

"Ruto, Ruto, Ruto" chants rented the air, a move which angered Francis Atwoli so much. In retaliation, Atwoli was heard insulting the crowd as he tried to force them to shut up and listen to him rather than bringing Ruto's names up. Kilifi has always been a Raila's stronghold.

However, it is good to note that Kilifi Governor Amason Kingi shifted into Kenya Kwanza with his PAA party after ditching Azimio thus the ground has also seemingly shifted its loyalty 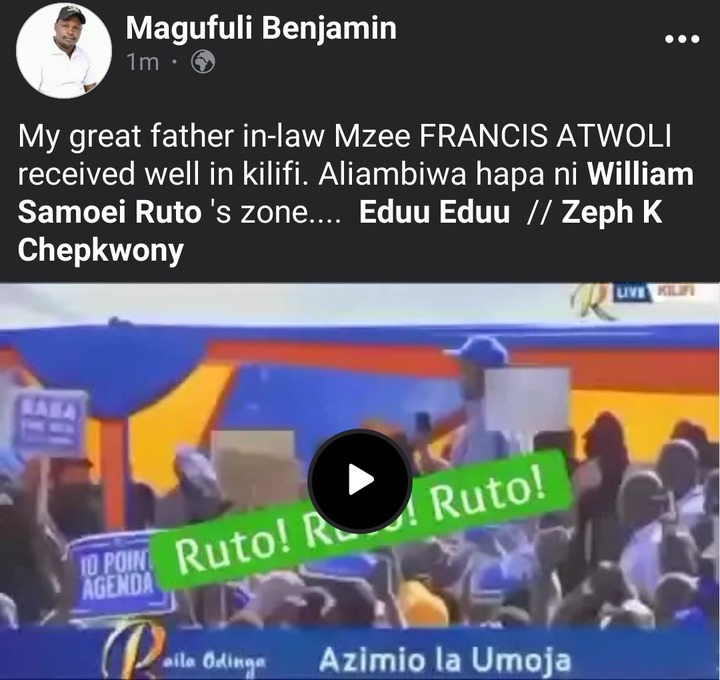 Content created and supplied by: Dejounte (via Opera News )