DP Ruto Causes A Stir As He Meets Baby Caron, Lifts Her In The Air Disrupting Alice Wahome's Speech

By AustineBarasa (self media writer) | 15 days ago 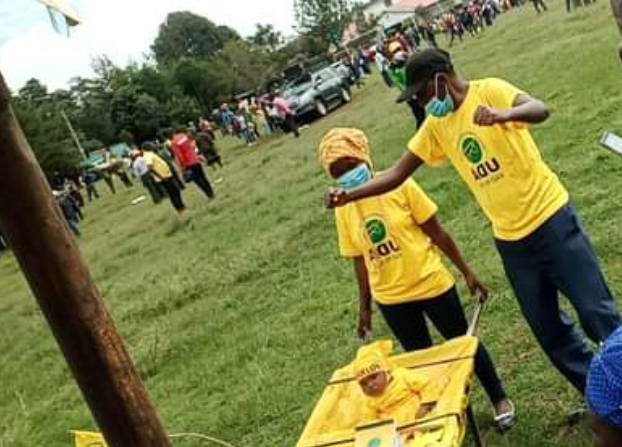 As residents of Nyahururu town in Laikipia county prepared to receive Deputy President William Ruto in the morning of today on October 9th, there is one "couple" that really did all it could in an attempt to get his attention and possibly meet him.

Pictured above, the "couple" that seem to have learnt that the best way to reach the DP or get his attention is "be as UDA as you can" decided to decorate themselves in the party's theme and they made sure that their kid is included in the mission as well.

The determined "husband" and "wife" that were dressed in yellow UDA tshirts were pictured on several cameras chanting the DP's name walking in the streets of Nyahururu town as they pushed a wheelbarrow that had been decorated in yellow while "their" kid who was in the same them sat on it. 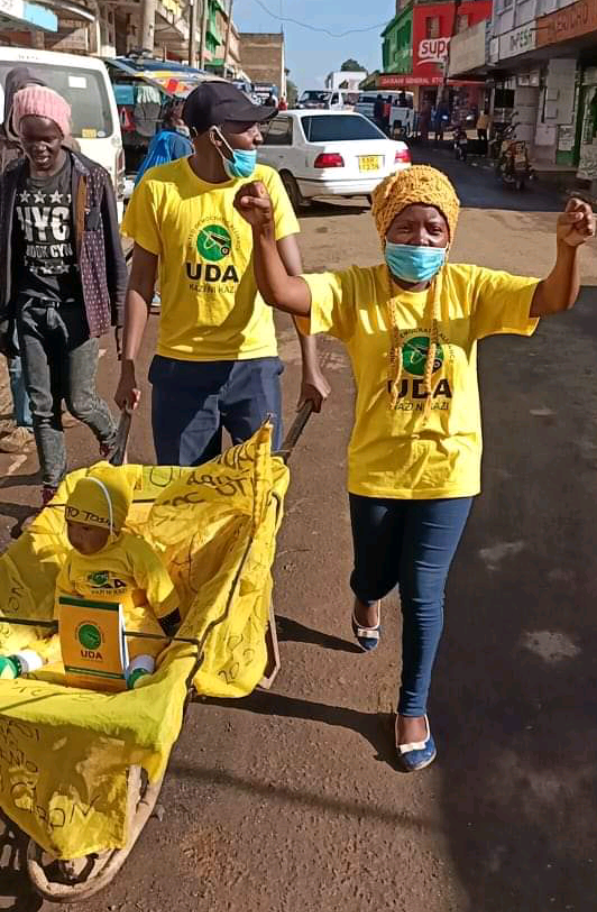 Then as the DP camped at Nyahururu Primary School for his first rally in town after commissioning a newly built building at the school, the couple seem to have to made it near his ride in their quest to meet him.

Fifteen minutes into speeches from leaders that had accompanied the DP to the Mt. Kenya county, the couple's wish seem to have come through because the baby landed in the "chief hustler's" hands.

The incident happened just when the Kandara MP Alice Wahome had picked the microphone to address the people of Nyahururu and what the DP did with the kid whose name was Baby Caron (as per what was written on the wheelbarrow) caused a stir disrupting her speech.

As captured in the screenshots below, the DP gladly received the baby in his hands as Alice Wahome spoke and to prove that he's a good parent he lifted the baby in the air in a jovial mood eliciting excitement from the charged crowd but consequently giving the MP a hard time delivering her speech. 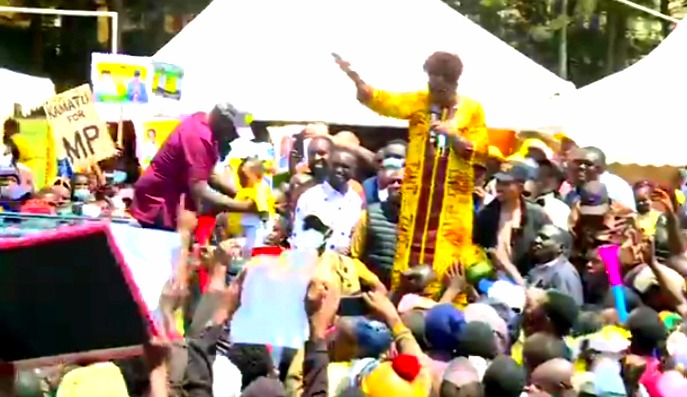 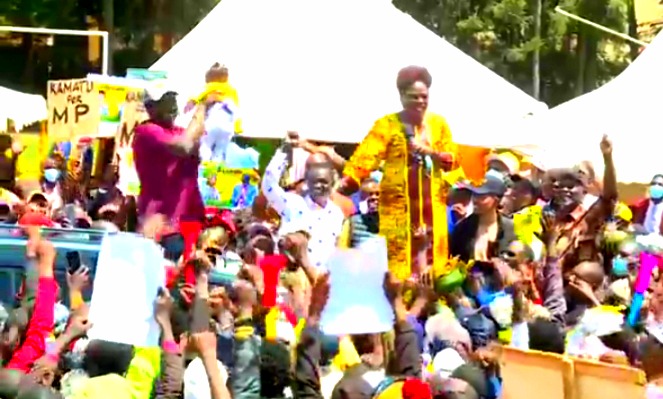 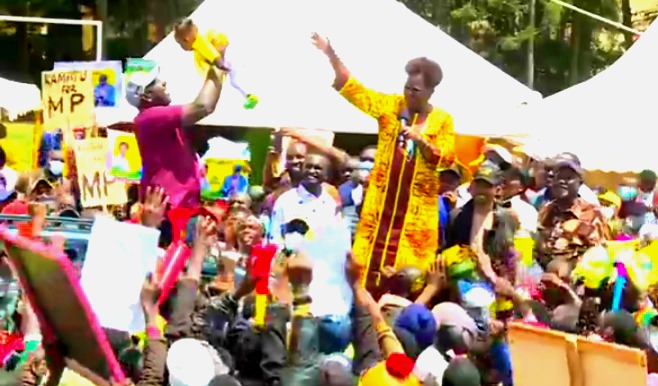 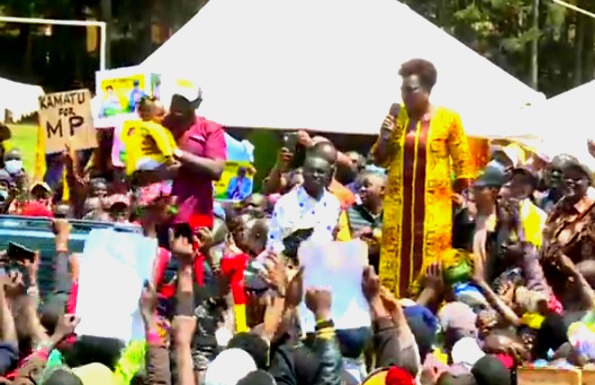 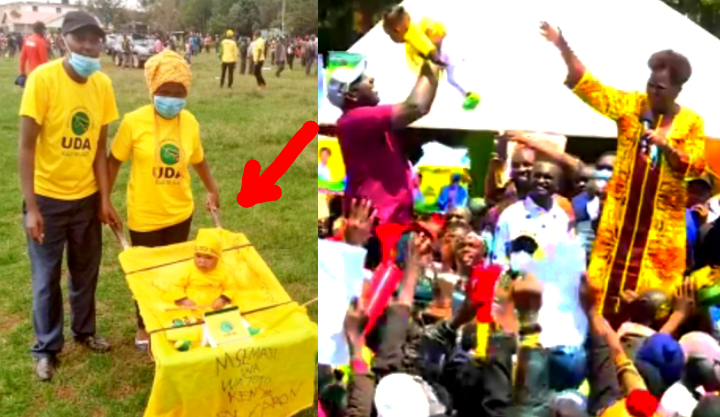 The MP ended up just uttering something like "wapi sauti na kidole ya Ruto" before climbing down the ride.

In addition to the baby's name, the parents had written on the wheelbarrow that "William Ruto. Msemaji wa wanyonge."

Watch the scene unfold at minute 15:00 of the video in the link below. 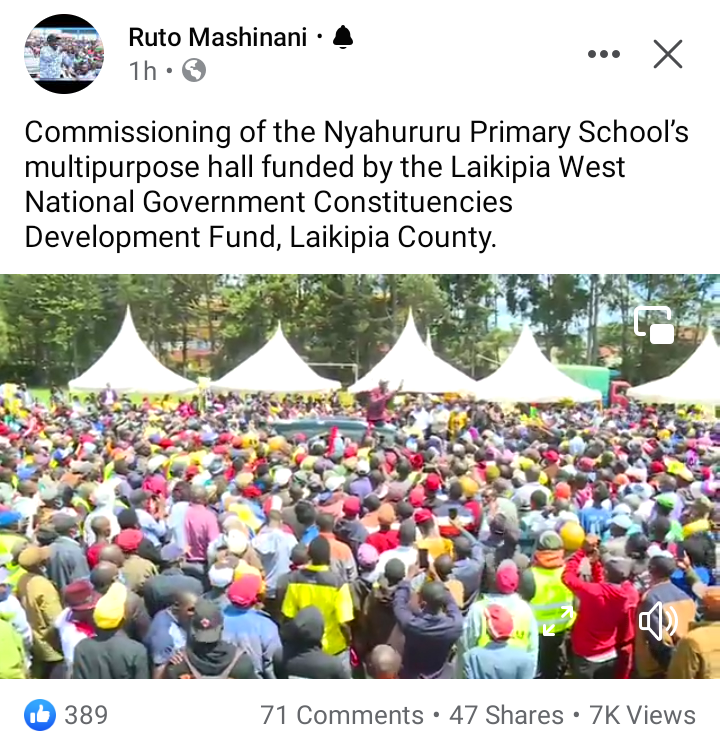 Man Dies in Eldoret after Consuming Poisonous Herbs as Remedy

7 Reasons Why Your Friends Are Ignoring Your Calls