By KisumuNews (self meida writer) | 27 days

In a meeting that was called by Ganze Member of Parliament, Mwambire to chart way forward for the Coastal People following rebellions ODM is facing the County did not yield any fruit. 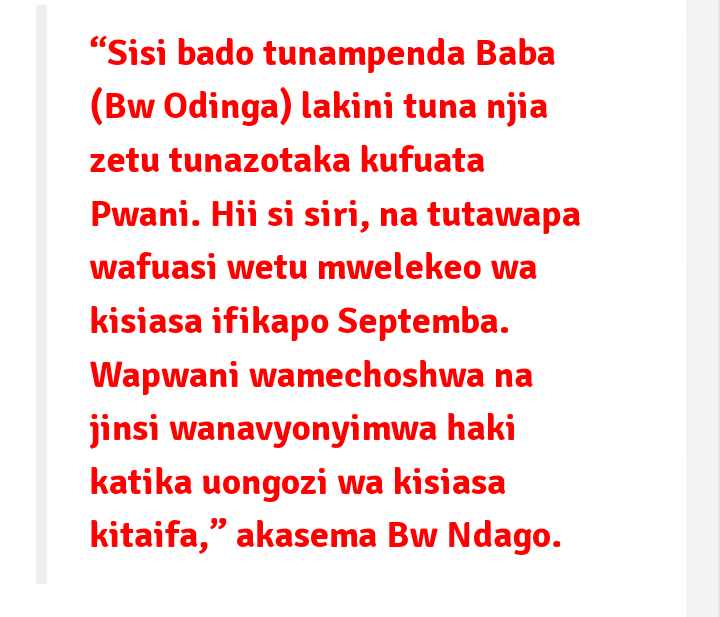 According to Taifa Leo, the meeting was attended by many MCAs lead by Kilifi Deputy Majority leader Sammy Ndago who vowed to leave ODM and Follow Kilifi governor, Amazon Kingi who was dewipped from ODM as the Chairman of the Coast region. According to the MCAs, ODM leader Raila Odinga made a grave mistake by dewiping Kingi saying political consequences will be so huge that ODM won't bear. 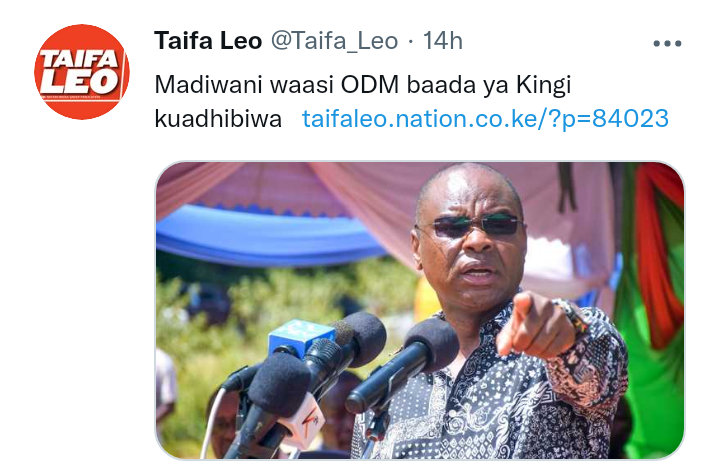 Speaking during the meeting, the deputy majority leader said that Kingi was supported by many Coastal leaders and they are not willing to abandon him in his hour of need a move that was supported by Sokoni MCA, Gilbert Peru who urged Coastal Party, Pamoja Alliance, PAA will seek alliances with other political parties for the sake of Coastal People. John Mwamusti also urged their supporters to support PAA claiming it is the only party that seek to unify the region. 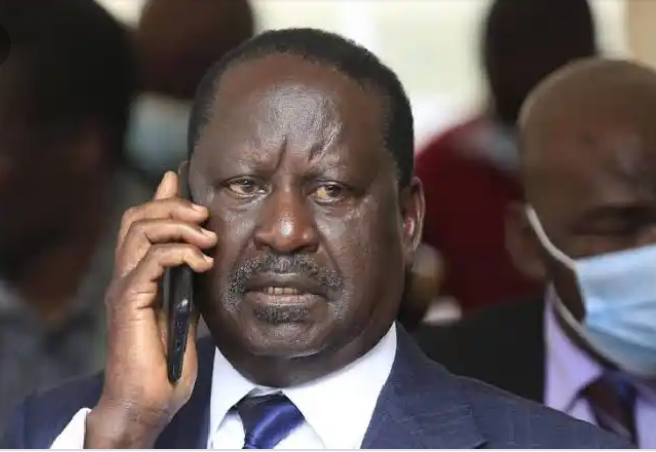 Karua, Kiunjuri Kabogo Are Not Mt Kenya Leaders, Can Only Speak For Themselves - Alice Wahome