LIST: 29 Offices and Institutions Ruto Placed Under His Command When He Reorganized His Government.

Recently President William Samoei Ruto released an Executive Order No. 1 of 2023 which showed how he reorganized and realigned his Government. While reorganizing his administration, he spelled out the roles of the offices of the Deputy President and that of Prime Cabinet Secretary. 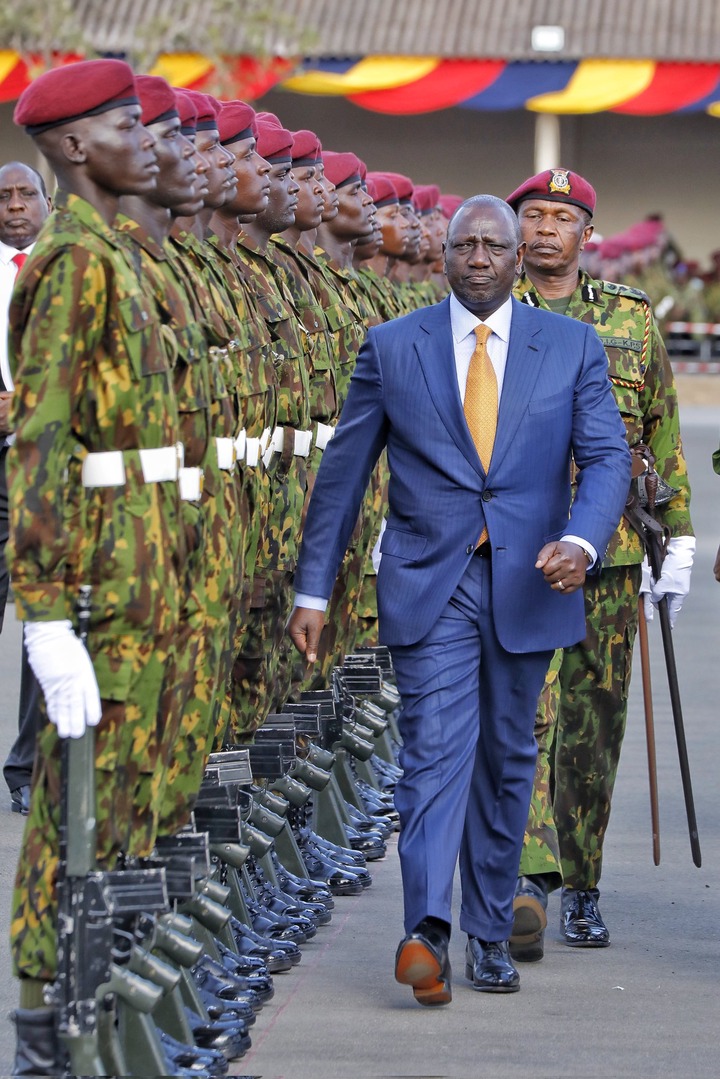 In the executive order posted in the official website of the President of Kenya, His Excellency William Samoei Ruto also placed 29 powerful offices and institutions under his command including the budget policy and economic affairs under his wing at State House in his first official act of 2023 to reflect his vision for the next five years. He also established the Office of the State House Spokesperson as a separate executive office under the Office of the President. 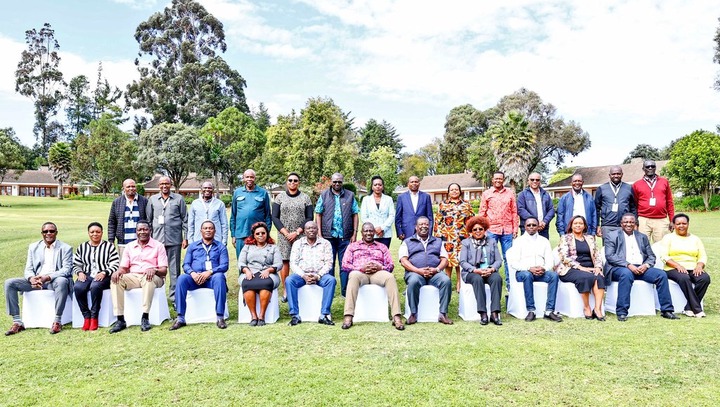 Having run his campaign on the promise of economic revival and the uplifting of hustlers from the bottom of the pyramid, Dr Ruto has created three new offices to steer his plan under his direct control and supervision. Among the institutions he placed under his immediate control at the Statehouse are as follows.

3. Assumption of the Office of President Committee.

14. Directorate of National Cohesion and Values. 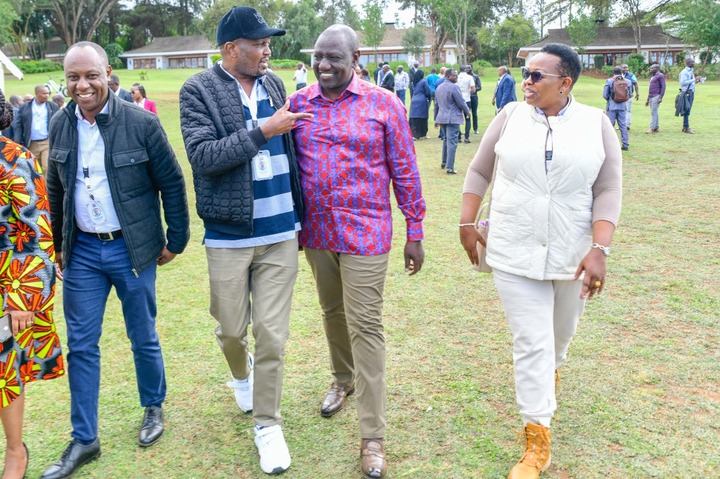 20. Chief of Staff and Head of the Public Service.

21. Secretary to the Cabinet.

24. Office of the Women Rights Advisor.

25. Office of the Council of Climate Change Advisor.

26. Office of the Private Secretary to the President.

28. Office of the Head of the Presidential Communication Service. 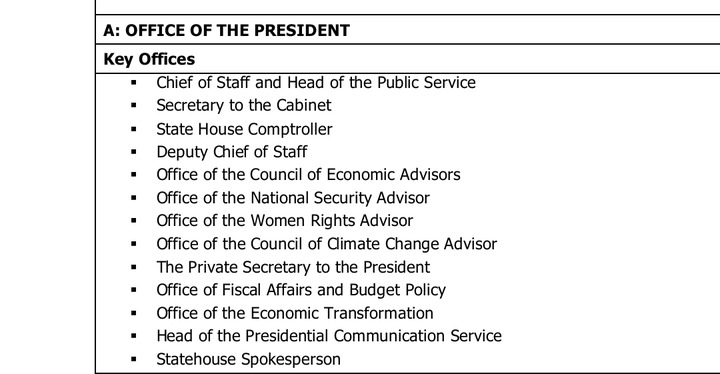 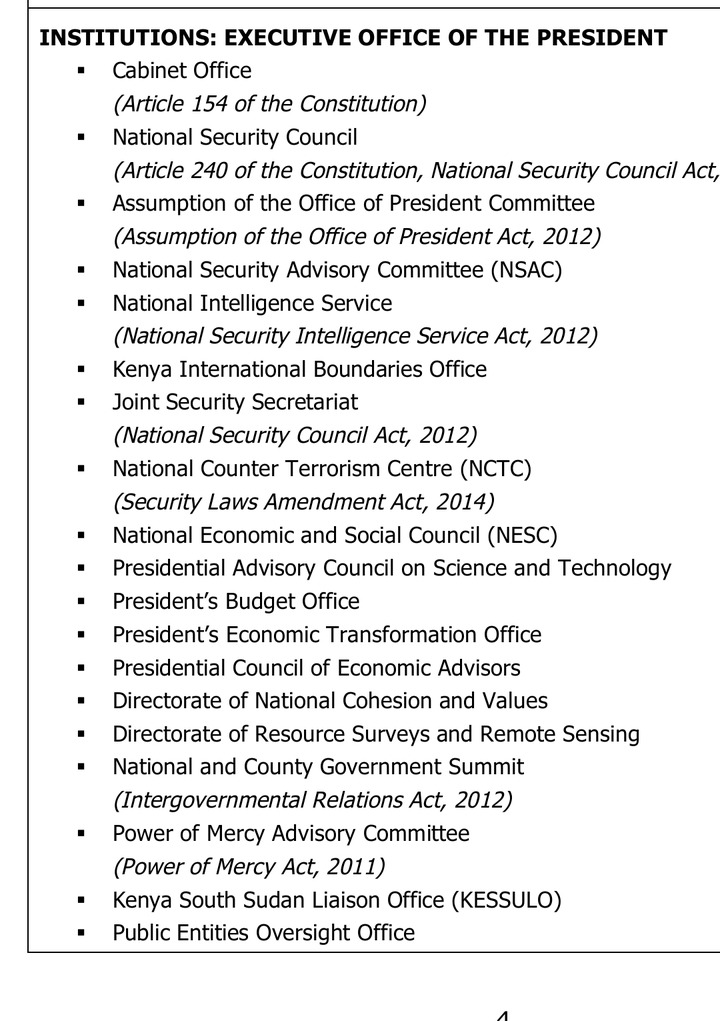