By Reporting4MogsonTV (self media writer) | 1 year ago 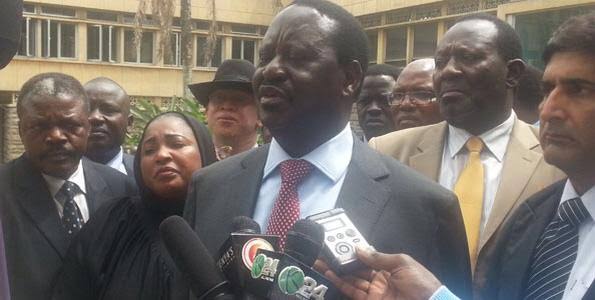 President Uhuru Kenyatta and Honourable Raila Odinga agreed to work together after 2017 general election that divided the country into two. Since then they are working together. Kenyans now can live anywhere in Kenya without fear of political conflict. Leaders who are allied to Ruto are now accusing the Handshake of going beyond it's main objectives that were planned. 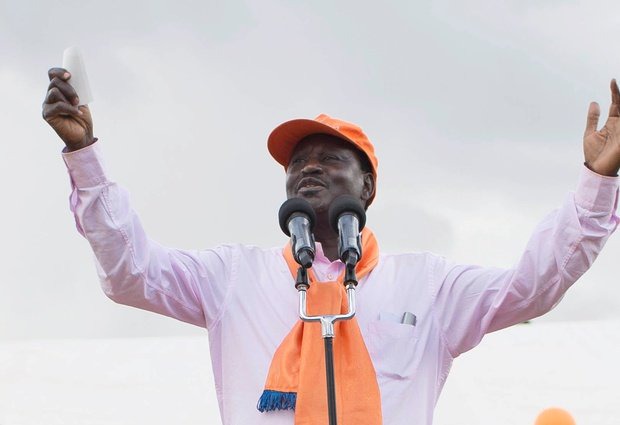 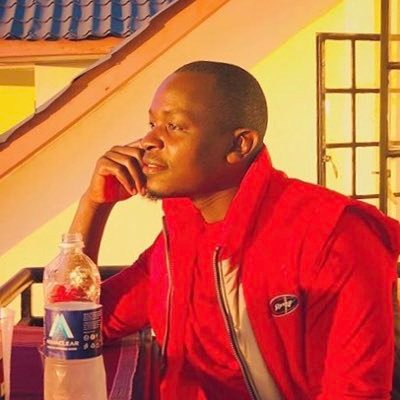 However, according to Disembe who is a diehard supporter of Honourable Raila Odinga, president Uhuru Kenyatta and his deputy had no basics on how the economy can be made great. "...they had no time for dwelling on basics on which grey economies are made... instead someone wrote for them attractive speaches..." Disembe wrote in his Twitter account. 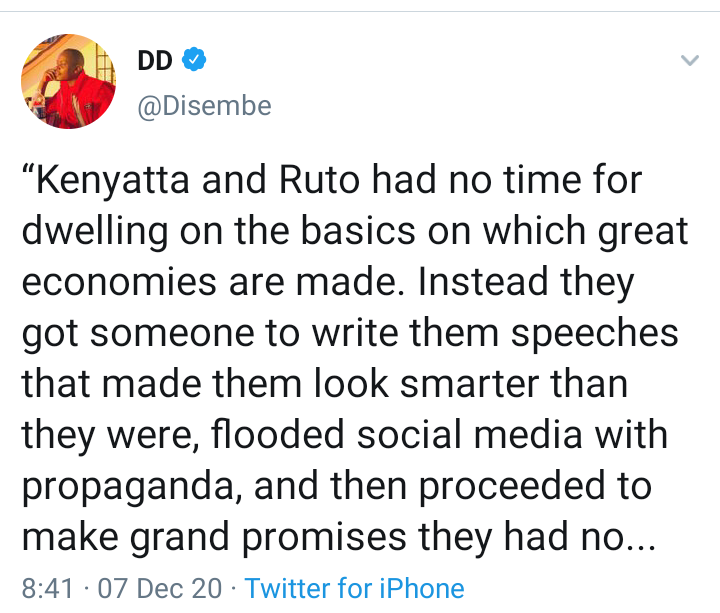 Disembe said that Jubilee government had no plans to made Kenya a great nation but just to ascend to power. He added that this is the main reason why the Jubilee government has not achieved any of it's promises. "... the architects of Jubilee did not have the foggiest idea on how to drive a nation forward..." Disembe added. 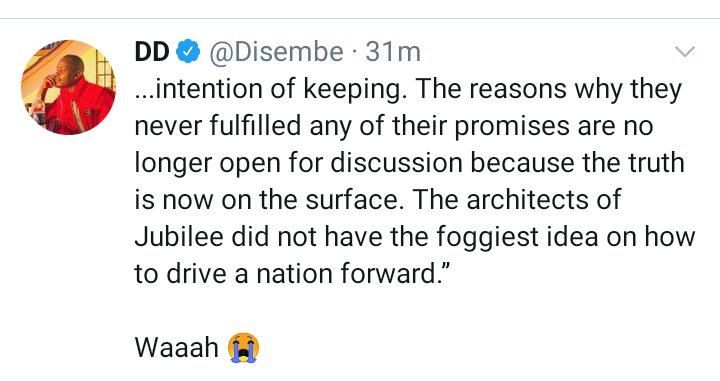