Azimio la Umoja One Kenya Alliance party is one of the most formidable parties that we have going into the August 9th General Elections where the party will run against its most serious competition, Kenya Kwanza. 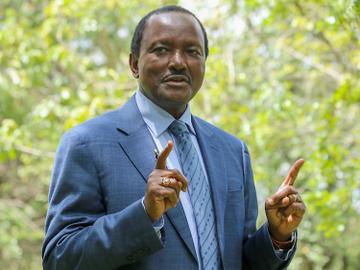 The party, which is led by President Uhuru Kenyatta, and Former Prime Minister Raila Odinga, has been serious about the elections after naming their Running Mate in Martha Karua of Narc Kenya.

The Wiper Party, recently pulled out of the Azimio la Umoja One Kenya Alliance and decided to go it alone with the Leader, Kalonzo Musyoka, opting to go for the Presidency and even named his Running Mate on the same day as Former Prime Minister Raila Odinga.

This afternoon, according to reliable reports from The Star Newspaper, the Wiper Party leadership has asked Kalonzo Musyoka to stop his presidential ambitions and support the Azimio la Umoja movement.

As per the reports that we have with us at the moment, the leadership has asked Kalonzo Musyoka to reconsider his plans for running for president and instead exhaust all resolution channels in the Azimio la Umoja Movement.

The Wiper Party Leadership has therefore asked its leader, who is Kalonzo Musyoka to reconsider his decision to run for the presidency in the August 9th General Elections and should thus exhaust all the available dispute resolution mechanisms that are within the Azimio la Umoja One Kenya Coalition party.

What are your thoughts on this latest development from Wiper Party?

"Kata Simu Tupo Site." Check Out The Origin Of The Trending Phrase

"Step Aside And Leave Raila To Me" Fearless DP Ruto Tells His Boss President Uhuru Kenyatta.