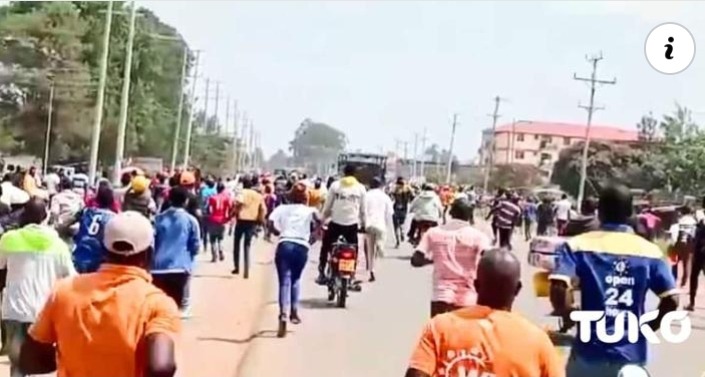 When Ndiege's supporters were dissatisfied with Masara's side, what had begun as celebrations over Masara's early lead descended into chaos.

The event was corroborated by the police commander, Elizabeth Walukoba, who stated that the supporters had initially blocked the road before they began hurling stones at one another. After running battles in the town for a half hour, police intervention was required to bring the situation under control.

After an hour of peace, the supporters began to fight once more and started running skirmishes with the police.

Police at this time had no choice but to use tear gas to disperse the throng, which was also getting boisterous. The hardened followers kept repeating, "the fight is not yet finished," while yelling insults at one another.